The guys over at 9to5 Mac noted the reference to the iPad 2.4 in the iOS 5.1 notes and say that they think this Apple iPad 2.4 could possibly be a version of the iOS slate for Sprint a device that Apple recently completed although only if it comes with WiMAX.

Apparently only if it comes with WiMAX because a 3G only Sprint Apple iPad would be the same as a Verizon 32 only iOS slate. However the guys come up with a few other options as to just what the iPad 2.4 could be.

The new device could possibly be an early LTE enabled iPad, possibly a dual mode slate like the iPhone 4S, or even a TD-LTE version destined to play nice in China. And in an update the guys also found reference to iPad 3.3 in the same notes.

So there you have it, iPad 2.4 referenced in iOS 5.1, of course all of this is supposition at the moment, but I’m sure will learn more about this new iPad 2.4 when Apple are good and ready to spill the beans on the device.

Rumour has it that the Apple iPad 3 is expected to launch sometime in March although obviously that hasn’t been confirmed, but would you be disappointed if the Apple iPad 2.4 came out instead of the iPad 3 in March? 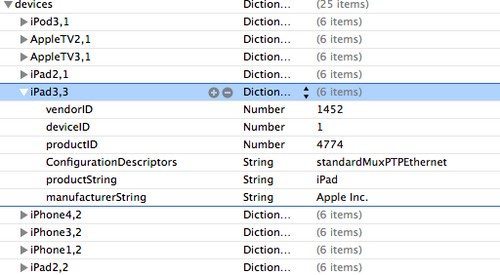