The word of the new Facebook Messenger app begin seeded to developers comes our way courtesy of iDownload Blog and by way of iPhone Italia, and the new Messenger app features a very simple interface.

Thus it would appear that after introducing their video desktop interface, Facebook could be looking at delivering the same service for the iPhone and no doubt Apple will be keeping a close eye on this one considering Facebook has in excess of 700 million subscribers and once Facebook pushes out the release of the new Facebook Messenger app it could possibly be considered a threat to Apple’s FaceTime video calling feature.

However as it stands although the new Facebook Messenger app is being tested, there is currently no word on when it will eventually come out to play with Facebook fans. 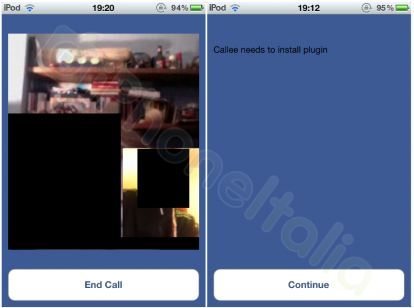