My Xbox Live iOS app, what about Android then?

So if you like to get your Xbox Live gaming action on and wish to do so via your iOS device you might like to know that you can now do so as Microsoft has now released the official My Xob Live iOS app for the iPhone, iPod Touch and Apple iPad, which seems a little surprising considering Microsoft has their own Windows Phone platform.

According to an article on Product-reviews it’s a little surprising Microsoft has launched an official Xbox Live app for the iOS platform and as far as they are aware this is the first time Microsoft has done this for a rival product.

Anyway, the MY Xobx Live app for iOS devices enables the user to experience Xox Live wherever they go and can connect with their Xbox Live friend along with tracking and comparing achievements and even change your 3D avatar.

With the My Xbox Live iOS app the user can use their iPhone, iPod Touch or Apple iPad to jump right in to Microsoft’s games hub and learn all about the latest live apps and games and access Xbox Spotlight feeds to receive breaking news, game tips, gamer spotlight, tricks and more.

So if you are one of the Xbox gamers with an iOS device you can now get in on the action by hitting up iTunes and downloading the My Xbox Live app for free.

As it stands Microsoft has only released the My Xbox Live app to the iOS platform and for some reason has decided to overlook the Android platform for now at least, but who knows, maybe Microsoft will eventually deliver an Xbox Live app for Android at some point in the future. 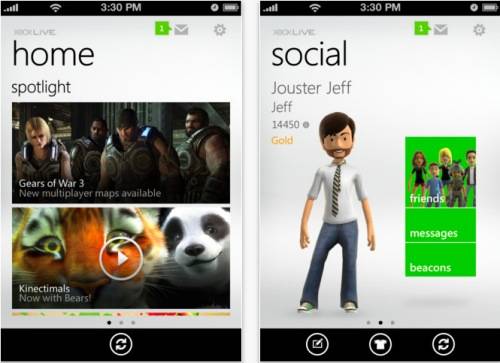 8 thoughts on “My Xbox Live iOS app, what about Android then?”