According to the guys over at iDownload Blog, the BBC have updated the BBC iPlayer app for iPhone to include such things as 3G streaming along with Live TV on the go and not only streams video but also BBC Radio as well.

The BBC say that they have enabled background audio in the updated BBC iPlayer app for iPhone so the user can check email, surf the Internet and other things whilst still listening to your favourite BBC Radio station.

The BBC iPlayer app for iPhone is also compatible with AirPlay on iOS 5 so you can connect your iPhone to your Apple TV to view the programs.

The BBC iPlayer app for iPhone is currently available in the United Kingdom as a free download from iTunes, although as we recently reported, the BBC has announced that their global BBC iPlayer app will become available at some point in the future. 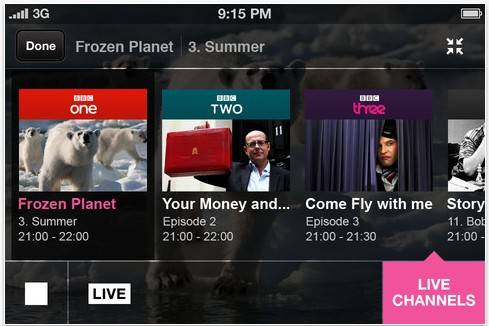