Well now, the Samsung Galaxy Nexus hasn’t been available all that long on Verizon, but it appears that the Android Ice Cream Sandwich smartphone is already experiencing a few teething problems mainly to do with the touch screen and multi-touch, and we have a little video showing off the multi-touch issue for your viewing consideration below.

According to the guys over at Engadget by way of RootzWiki, the Samsung Galaxy Nexus is struggling to maintain multi-touch in certain situations, ad said bug is repeatable as evidenced in the video footage below posted to YouTube by user Protonus.

Word is when booting up such games as Shadow Gun and Gun Brothers, the lower right hand area of the Android 4.0 smartphone touch screen throws a fit, although apparently if you turn off the device and then turn it back on it’s fine until you move to your next game.

Furthermore apparently this problem only seems to occur when the Samsung Galaxy Nexus is in landscape mode, which would seem to be a software issue, so until a fix is released it looks like the multi-touch when it comes to gaming is one touch at a time.

Anyway, head on down and mash that play button to check out the problem in the video below, and of course feel free to let us know if you are experiencing this problem with your Galaxy Nexus by shouting out to our comments area below. 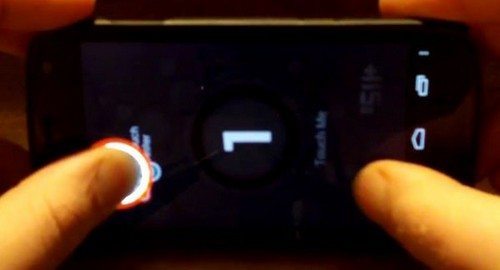