We see quite a lot of concept smartphones throughout the year, but what about the tablet space, well we have one such concept for your consideration here, the Nokia Xbox Tablet PC, otherwise known as the Nokia X-Slate, designed by Bob Freking, the same guy that designed the BlackBerry Shadow webOS concept.

Obviously as this is just a concept the likelihood of it every becoming a reality is somewhat slim to say the lease but it does give us a hint at possible future tech. According to the guys over at Concept Phones, the Nokia Xbox Tablet would pack an Nvidia Tegra 4 Wayne 1.5 GHz processor.

Apparently with the Nokia Xbox Tablet the user would be able to download real Xbox games and then convert the graphics as not to use too much memory and battery and is supposed to deliver the Xbox gaming experience whilst on the go.

Still, what do our readers think about the Nokia Xbox Tablet, would you like to see it become a reality in the future so you can play your real Xbox games? 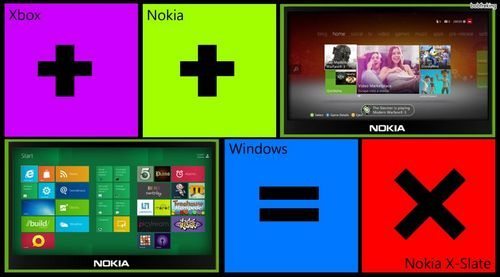