Well now it appears that whilst at CES 2012 in Las Vegas, David Owens, the vice president of products for Sprint hopped up and showed off the Samsung Galaxy Nexus LTE smartphone for Sprint, and naturally we have a hands on video of the Spring Galaxy Nexus LTE for your viewing pleasure below.

The guys over at Engadget were on hand at the Consumer Electronics Show and got some hands on playtime with the Android Ice Cream sandwich smartphone, but decided not to allow sharing of their footage.

However, not wishing to disappoint our readers we have sourced another Sprint Samsung Galaxy Nexus LTE hands-on video for your pleasure courtesy of the guys over at Pocket Now which delivers an almost three minute look at the Sprint version.

No doubt most of the specs with the Sprint model will be the same as the Verizon version of the Android 4.0 handset, but just in case there are a few differences with the first LTE device running on the Sprint network, you can check out the footage by mashing the play button below.

Also of note in the video the guy does basically confirm that both other Nexus devices currently on the Sprint network will receive an update to ICS at some point although he isn’t sure on any timeline.

Anyway I’ll leave it right there so you can check out the Spring version of the Samsung Galaxy Nexus for yourself, and feel free to let us know if you will be picking up the Android handset from Sprint once it becomes available…enjoy. 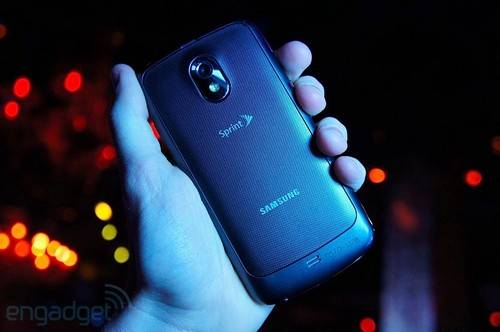