A little more news covering the new upcoming Samsung Galaxy S3 is now in, rumours and speculations about this new smartphone have been thick and thin, but at last something new to go on looks promising.

We reported that Russian blogger and chief editor of Mobile-review, Eldar Murtazin believes the SGS3 will release in April, then more rumours came in suggesting that this new smartphone will feature a 12-megapixel camera, Android Ice Cream Sandwich, HD display screen, and a 1.5GHz to 1.6GHz quad-core chip, have to wait and see on the true specs for now though. We also mention via sources that the SGS3 will not be making an appearance at MWC 2012, hopefully this is not true, we will have to wait and see.

The next installment covering this handset comes via Sammy Hub, they say that Samsung are now reviewing the option of launching this device, it is still under review though. Samsung executive Younghee Lee mentions that they cannot decide on an exact date to release.

Looking into this a little further the certain Samsung GT-i9300 has shown up on the UAE Samsung official page. What are more interesting are what Pocket Now reports, they talk about the numbers, which is very interesting indeed.

If you look at the model numbers, think about the i90xx range, the i91xx comes into play with the Galaxy S II, and the Galaxy Nexus with the i9250, the Galaxy SIII should apparently have used up the i92xx range but it looks like the i93xx model number will come into play here with the new handset.

We will bring you much more news on the SGS3 as soon as we know more. 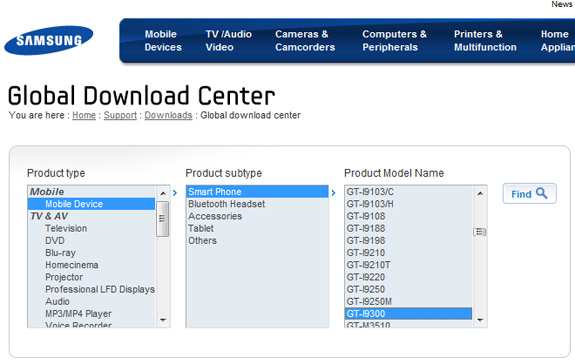