Is it a fantasy or a miracle, well it’s a bit of both actually as a couple of pictures have popped up on the net waves that show off an unannounced Windows Phone from the LG camp, apparently the pictures were posted by mistake and quickly removed, and are of the LG Fantasy E740 Windows Phone.

The LG Fantasy E740 smartphone pictures were sent by a tipster to the guys over at GSMArena, who say that the handset is clearly still a prototype, but is in fact working, and says that the Fantasy is in fact the LG Miracle that was outed a few days ago.

So what does the LG Fantasy E740 Windows Phone offer in the way of specs? Well there’s a 4-inch WVGA NOVA touch screen along with a 5 megapixel rear facing camera and VGA front facing camera, and a 1GHz Scorpion processor.

Word also has it that the LG Fantasy E740 smartphone will come out to play packing NFC capability, which has been confirmed apparently, and comes with SmartShare and ScanSearch apps, which were exclusive to the LG Optimus 7 when it first launched.

As for when the Windows Phone faithful might be able to snap up the LG Fantasy E740, well word is the device is expected to be officially announced during Q1 so could make its debut during Mobile World Congress 2012 in Barcelona. 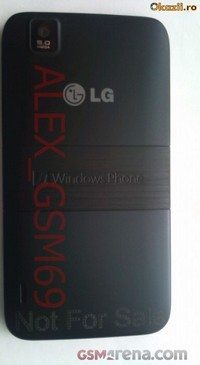