It seems as though some of the major players can’t wait for MWC next week as more and more new smartphones are being revealed before Barcelona. LG has sprung another new phone on us and this time it’s the LG 4X HD, yet another Optimus handset. From what we know so far we’d say that LG has a possible winner on its hands with this latest offering.

The LG Optimus 4X HD is certainly aimed at the high end of the market with its quad-core processor and follows the trend of bigger displays set by the recent Samsung Galaxy Note and also another handset recently revealed by LG, the Vu. The 4X HD has a 4.7-inch display with resolution of 1280×720 and is nicely slim at 8.9mm. Although this is a large screen handset then, it doesn’t actually look over-big, especially considering that in the official pics it’s being held by very young looking girls with small hands!

As for the rest of the specs and features we also know it will be running on Android 4.0 Ice Cream Sandwich so that will please many potential buyers. Cnet also reports that the 4X HD has an NVIDIA Tegra 3 1.5GHz quad-core processor, 16GB of internal memory, 1GB of RAM, an 8-megapixel rear camera and 1.3-megapixel front-facing shooter. It also has DLNA support and a 2150mAh battery. Cnet speculates that the 4X HD could actually be the previously rumored LG X3.

We’re informed here that the Optimus 4X HD will be released in Europe in the second quarter. It may of course be released in different regions at different times but we have no further news on that just yet. No doubt we’ll be hearing much more about this extremely promising smartphone at Mobile World Congress next week but on what we’ve seen and heard so far, what’s not to like!

Do you like the look of the LG Optimus 4X HD? Is it the larger display that appeals to you most, the quad-core processor or Ice Cream Sandwich? 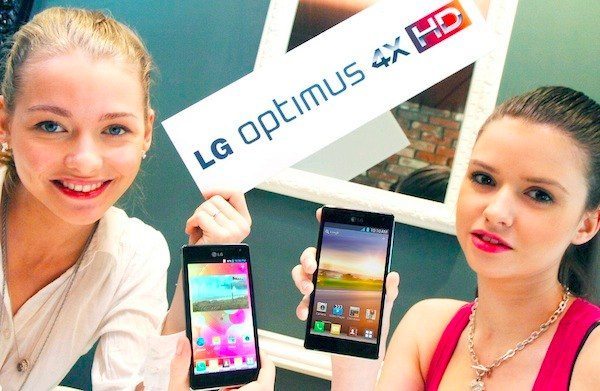