If you’re a smartphone enthusiast you’ll be beside yourself with pleasure at all the new phones appearing at MWC 2012. Earlier today we told you a bit about the Nokia 808 PureView, and now we have news of a hands-on experience with the 808 PureView, a beast of a smartphone with a staggering 41-megapixel sensor.

Before you start to think you’ve read that wrong or that it’s a misprint let me clarify that the camera on the 808 PureView really does have a 41-megapixel sensor, bringing something new to the table as far as mobile photography goes. The Nokia 808 PureView offers zoom without the loss of clarity and so gives the sharpest images you can imagine.

A brief recap of specs we’ve given so far are a 4-inch 16:9 nHD AMOLED ClearBlack touch display, 16GB of internal memory, expandable to 64GB with microSD card, NFC, WiFi, Bluetooth v 3.0 and it all runs on the Symbian Belle operating system. New details we learned from the hands-on include a 1.3GHz single-core processor, 512MB of RAM and micro-USB and micro-HDMI ports. The hands-on look, courtesy of Engadget, tells how the camera with Carl Zeiss lens manages continuous focus of 1080p and a sensor revolution over 41-megapixels for stills. For 16:9 images that means 34-megapixels.

Make no bones, this is a camera targeted at photography enthusiasts who may be so overwhelmed at its photography capabilities they can overlook other factors such as the Symbian Belle OS, which although not bad, does seem like a strange decision with so many Nokia handsets now coming Windows-Phone equipped. Engadget also points out that the Nokia 808 PureView is somewhat bulky especially with the camera pod on the rear, meaning the phone is likened more to a point-and-shoot camera.

Apart from these quibbles the display comes in for praise, despite its low resolution and the build of the phone feels pretty good although the hard plastic on the back lets it down and it’s noted that the “808’s materials don’t convey a premiere device.” The bulbous camera pod was also found to interfere with the way the phone is held. In conclusion though, it seems that this handset would be a great choice for keen photographers and we’re sure that many will appreciate what it has to offer on that score.

The Nokia 808 PureView will release in Europe in May and the price will be â‚¬450. For a closer look you can see another hands-on experience on video below this story. Will the 41-megapixel camera sensor on the 808 PureView lure you to make this your next smartphone purchase? 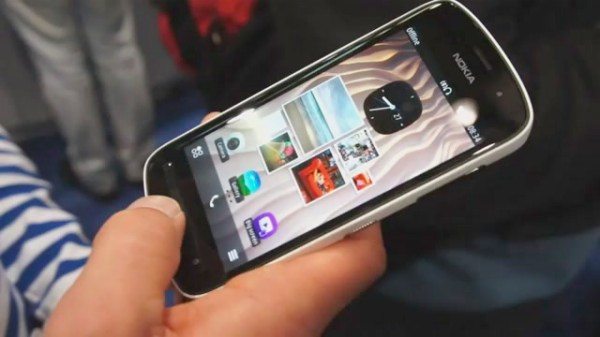 One thought on “Hands-on with Nokia 808 Pureview 41MP beast”