Lifetime Value Maximisation Platform PlayHaven has now announced an expansion to the Android platform along with numerous new developer tools that will help developers form a stronger relationship with their game players along with boosting revenue.

Via a wide ranging toolset along with a simple web based dashboard, the PlayHaven platform presently services 500 million monthly game sessions thus allowing developers it increase engagement levels and LTV of their users by easily managing customisable HTML5 content instantly in real time within their applications.

Amongst the new features there is a Virtual Good Promo tool that enables developers to increase sales of their virtual products via directing gamers straight to a discounted or featured item and thus reduce friction betwixt delivering purchasable content and point of sale with testing of the Virtual Good Promo tool PlayHaven partners can increase virtual product revenue by over 400 percent.

The CEO of PlayHaven, Andy Yang says that their LTV Maximisation Platform delivers an out of the box enterprise class solution for developers of any size, and their ever expanding tool are driven by what their customers require and are excited to now serve both iOS and Android developers.

Further augmenting the effect of their tools is the upcoming Use Segmentation tech that enables a developer to seamlessly customise their in game experience whilst managing segments of gamers differently according to real time metrics. Whilst developers can set target parameters to segments of players based on user measurable behaviours such as how often players purchase virtual goods and the amount of time spent within a game. 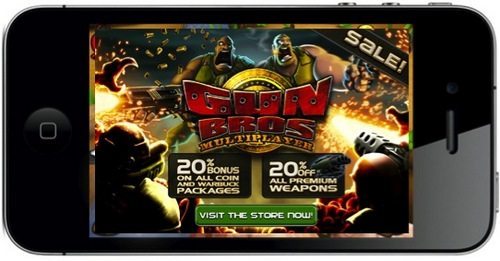