What the iPhone 5 is up against and its battle

As Mobile World Congress progresses we’re hearing more and more about amazing new smartphones on their way. However the phone that many are still most interested in is the Apple iPhone and the next in the line up, the iPhone 5. Although the success of the iPhone 5 seems assured to some extent, it’s beginning to look more and more as though the phone will have a real battle on its hands against the many other upcoming impressive smartphones.

Some of the competition to the iPhone 5 include smartphones with features such as built-in projectors, 41-megapixel cameras, large displays and of course the story for this year, quad-core processors and we thought we’d take a look at just a few of them to show just what the iPhone 5 will have to contend with. Although iPhone 5 specs are unconfirmed at this stage, there has been plenty of speculation about what we can expect. Some of the rumored features and specs that have been widely reported include a new A6 or A5X processor, although it’s unknown whether that will be dual or quad-core. Just some of the other inclusions anticipated include a better camera, a larger display, longer-lasting battery and also the possibility of LTE connectivity.

One of the main contenders to the iPhone 5 will be the Samsung Galaxy S3 and again as this one has not yet been announced (launch event expected in March) the specs are unconfirmed. The Galaxy S2 was a massive hit for Samsung and there’s no reason to imagine that the S3 won’t be just as successful, so this one could really dent sales of the iPhone 5. It’s widely speculated that the Galaxy S3 will have a 1.5GHz or 1.8GHz quad-core Exynos processor, a step up in screen size to a whopping 4.8-inches (possibly a Super AMOLED Plus display), 2GB of RAM and 32GB of internal memory. It will run on Android 4.0 Ice Cream Sandwich and other likely specs include a 10 or 12-megapixel rear camera with 1080p HD video capture and LTE connectivity and there has also been talk of 3D support. As you can see then, if the Galaxy S3 turns up with most of what is expected it will be a real rival to the iPhone 5.

Another smartphone that’s receiving a lot of attention right now is the LG Optimus 4X HD. This one is now official and so confirmed specs and features include the Android 4.0 ICS operating system, a 4.7-inch HD IPS display, Tegra 3 1.5GHz quad-core processor, 8-megapixel rear camera with 1.3-megapixel front-facing camera, 1080p video capture, 1GB of RAM and 16GB of internal memory. Again, with both quad-core and Ice Cream Sandwich, this is a very notable handset and another genuine contender to the iPhone 5.

The next smartphone that’s come to our attention at MWC and offers something very different is the Samsung Galaxy Beam. The specs on this one are not so high-end, such as a 1GHz dual-core processor, 4-inch LCD display, 8GB of internal memory, 5-megapixel rear camera, 1.3-megapixel front-facing camera and running Android 2.3 Gingerbread. However the distinguishing feature of the Galaxy Beam is a built-in Pico projector, capable of projecting images as large as 50-inches onto a wall or ceiling. We’re not quite as convinced over the Beam as some of the other forthcoming smartphones as we wonder if the projector will be a novelty that soon wears off. Nevertheless, this will definitely capture a niche in the market for those that will really like the projector feature.

Finally another smartphone that we think could really give the iPhone 5 a run for its money is the Nokia 808 PureView. Although the iPhone 5 camera is likely to be upgraded from that on the iPhone 4S, the outstanding feature on the 808 PureView is a 41-megapixel camera, and no that’s not a typo. The PureView features a Carl Zeiss lens and gives continuous focus of 1080p, over 41-megapixel stills, or for 16:9 images that’s 34-megapixels. Other specs include the Symbian Belle OS, a 1.3GHz single-core processor,4-inch AMOLED ClearBlack touch display, 16GB of internal memory (expandable to 64GB with microSD) and 512MB of RAM. This smartphone could revolutionize mobile photography and for keen photographers this could be an option that might tempt them away from the iPhone 5.

All things considered then, we have to ask the question, ‘will the expected inclusions on the iPhone 5 be enough?’ If it does turn up with a dual-core processor this could be a letdown with quad-cores becoming more prevalent. An upgraded camera would be good but it is unlikely to match the camera of the Galaxy S3 and certainly not the 808 PureView. Increasingly smartphones are including 4G LTE connectivity so is this something that Apple may need for the iPhone 5 to keep in the game and of course the iPhone 5 has a relatively small display considering the penchant for larger screens.

Of course there will always be some who will stick to the iPhone, many particularly because of Apple’s iOS operating system. However if they can be lured away to use an alternative operating system it does seem to us that the iPhone 5 will need to fight for contention. We’d like to know what you think about this. Do you think the next iPhone really has to step up radically to stay in the game? What does the iPhone 5 need to include to compete? 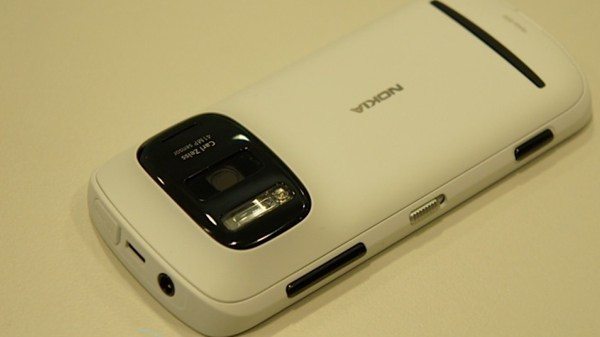