Plenty of news has been coming from Mobile World Congress and the Sony Xperia P and Xperia U smartphones have been made official. These are smaller versions of the Sony Xperia S and today we have news on pre-ordering and UK prices for these Android phones.

Both of these phones run on the Android 2.3.7 Gingerbread operating system, to be upgraded to 4.0 ICS in Q2. The Xperia P is the bigger of the two and has a 4-inch Reality Display with resolution of 960×540 featuring ‘White Magic’ tech for better viewing in sunlight. It also features a 1GHz dual-core NovaThor dual-core processor, 8-megapixel camera with 1080p HD video capture, a front-facing VGA camera, 1GB of RAM, 16GB of storage and NFC support along with HDMI and DLNA connectivity. It will be released in black, silver or red color options. Dimensions are 122mm x 59.5mm x 10.5mm and it weighs 120g.

Meanwhile the Sony Xperia U has a 3.5-inch Reality display with resolution of 854×480, a 1GHz dual-core processor, a 5-megapixel rear camera with 1080p video recording capability, 1.3-megapixel front-facer and 512MB of RAM. Dimensions are 112mm x 54mm x 12mm and it weighs 110g. You can see a first look at both of these phones on the video below this story.

Both of these smartphones can now be pre-ordered from Clove UK with a due date of April 23 listed. Only the black versions are up for pre-order at present with other variants to follow when it is confirmed that they will be available SIM-free. The price of the Xperia P is Â£378 including V.A.T. while the price of the Xperia U is Â£238.80 including V.A.T. An overview for these phones can be seen at Clove here. Hit the following links to pre-order the Xperia P or the Xperia U.

We’d like to know if you will be pre-ordering the Sony Xperia P or Xperia U? If so which one will you be opting for and why? 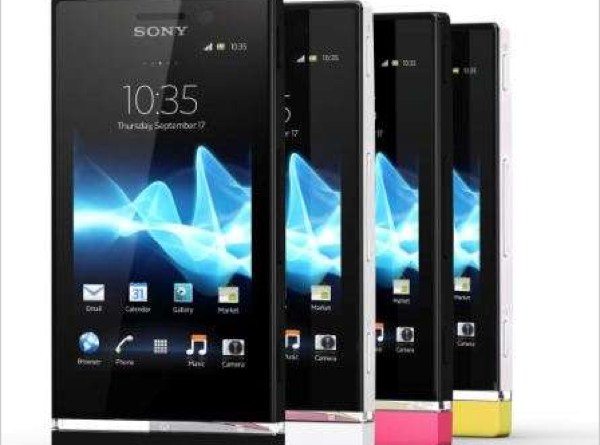