The big event to unveil the Apple iPad 3 is only a few days away and we’ll be following all the developments from San Francisco on Wednesday. While we’re waiting for the next-generation iPad to arrive we thought it was worth taking a look at some of the best 5 Android tablets

As well as the specs and features, the name of the next iPad is also not yet confirmed. Although the consensus is that it will be the iPad 3, there have also been rumblings that it will be the iPad HD, to fit with the rumored new Retina Display on the tablet. Either way it won’t be too much longer until we find out but it’s worth remembering that although the Apple iPad is dominant in the tablet market there are some decent Android alternatives for those who don’t want to go down the iOS route.

Another offering from ASUS is the Transformer Pad Infinity. This has a 10.1-inch display with HD resolution of 1920×1200, options of dual-core or quad-core processor, excellent GPU, 8-megapixel rear camera with 1080p video capture and runs on Android 4.0 Ice Cream Sandwich. Check out this article for more on the Infinity.

The Samsung Galaxy Note 10.1 is also drawing a lot of attention, following from the success of the Galaxy Note smartphone. This tablet will be running on the latest Android mobile operating system 4.0 Ice Cream Sandwich, has a 1.4GHz dual-core processor and also features a useful stylus addition. We reckon this one could be a really big contender to the iPad 3, especially taking into account the popularity of the Note phone.

Moving on to the Acer Iconia Tab A510, this is another quad-core chip offering and offers Android 4.0 ICS so really comes up with the goods on both processor and operating system counts. Specs and features include a 1.3GHz Tegra 3 quad-core processor, 10.1-inch display with resolution of 1280×800, 1GB of RAM, and 16, 32 or 64GB storage options. The Iconia Tab A510 also features miniUSB port, miniHDMI port and microSD expansion slot.

The final contender in the pack is the Sony Tablet P, which has the revolutionary feature of two screens that can be folded, as was seen previously on the Kyocera Echo phone. As well as that ingenious inclusion it’s also PlayStation certified and that’s a highlight of this device that will appeal to gaming enthusiasts. Other specs of the Tablet P include a 1GHz dual-core processor, 5-megapixel rear camera, front-facing VGA camera, 1GB of RAM and 4GB of storage.

Of course we still don’t have the official specs and features of the iPad 3 and once it’s unveiled we’ll know more about whether it will blow away all of the competition or if any of its rivals stand a good chance of competing. What we expect though is an improved A6 or A5X processor, a better camera, possible LTE connectivity, improved battery life and of course that much talked about Retina Display. It will certainly be interesting to finally know what the iPad 3 will genuinely bring to the table.

We’re interested to know from our readers what they are expecting from the iPad 3? Is there a killer feature that it must have as far as you’re concerned? Have you already made up your mind that an Android tablet will be your next choice and if so, will it be one of the above? 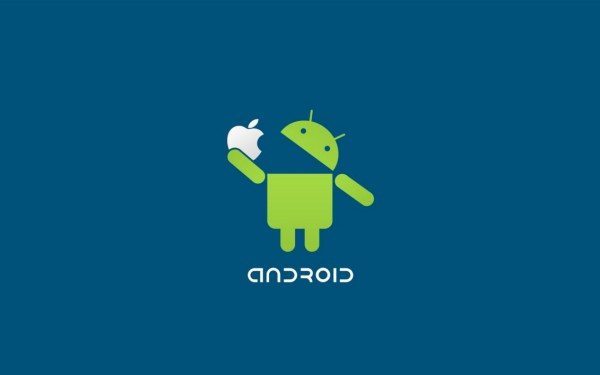