Fancy getting up to a little monkey business to while away your free time, well as long as you own an iOS device you can act the monkey whilst creating a bit of mayhem with the Monkey Quest: Thunderbow mobile game, which is an app that is also available as an HD version.

Monkey Quest: Thunderbow is a game for the iPhone, iPod Touch and Apple iPad whereby the user is a monkey that has to take on zombies, mummies, skeletons, and scorpions that stand in your way and victory.

As the monkey in Monkey Quest: Thunderbow for iOS, you carry a Boom Bow to blast your way through everything in order to dethrone Zotan the sinister car ruler.

The Monkey Quest: Thunderbow app features dozens of challenging levels across six lands, and the gamer will need to collect explosive weapon upgrades along the way, and unlock bonus zombie levels, and you also have the ability to import your personalised monkey from MonkeyQuest.com. 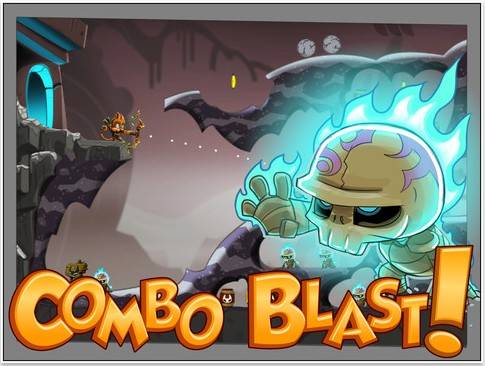