The comparison may give you some idea as to whether it’s worth you upgrading to the new iPad if you already have the iPad 2. Indeed, if you’re in the market for a tablet at all it may convince you that the new iPad is definitely worth having. The iPad has dominated the tablet market and we feel the latest Apple offering will keep the iPad at the top of the tablet tree so let’s compare specs.

Compare that with the new iPad and you’ll see that Apple has made a pretty big step up. The new iPad has a 9.7-inch LED-backlit IPS LCD ‘Retina Display’ with a massive improvement in resolution to 2048×1536. It also has an Apple A5X dual-core processor, quad-core graphics processor (possibly the PowerVR SGX MP4+) and also comes in 16, 32 or 64GB storage models, although RAM is still to be confirmed. The rear camera really steps up to 5-megapixels with 1080p video recording, five-element autofocus lens and backside illuminated sensor while the front-facing camera remains the same. Again there’s 802.11a/b/g/n WiFi and this time Bluetooth v 4.0 and the battery this time is a 42.5- watt-hour lithium polymer for around 10 hours use, or 9 hours on 4G. The New iPad also has 4G LTE connectivity, which was lacking in the iPad 2.

Comparison specs are courtesy of Engadget. As you can see then, the new iPad offers a radical improvement over the iPad 2 and the starting price of $499 is the same as the iPad 2 was, which will now come down in price. You can pre-order the new iPad now for a release in many regions on March 16, with other regions to follow on March 23. What do you think of how the new iPad compares with the iPad 2? Will you be pre-ordering the new iPad? 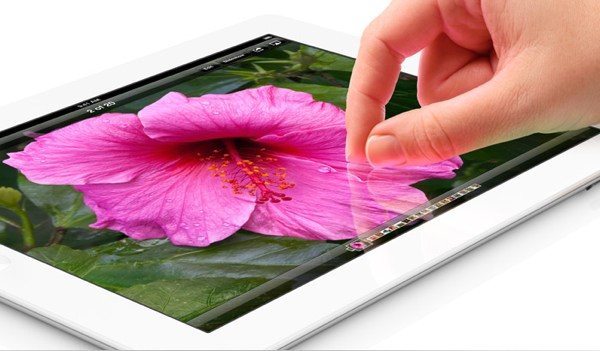