Valve Portal ported to Android is a no go

If you’re one of the many gaming enthusiasts who had been hoping to eventually see the Valve Portal game ported to Android then we have some disappointing news today. It appears that Portal for Android is now a complete no go and any plans there once were have been cancelled because of legal issues.

Only a few weeks ago we told of a concept build of Portal for Android and although this was an unofficial build and we stressed the likelihood that it would never go to market, many people were pretty excited and it did induce a certain amount of hope. The unofficial Portal for Android, built using the Unity Engine, provided a nice teaser of what could conceivably come and came from some very ingenious developers in Russia. Although we warned it was not an official build we also thought that Valve might find it difficult to stop further development as it was based on software from Russia.

However it seems that is just what has happened. Apparently the attempts to recreate Portal for Android were moving along nicely and a successful working port for Android was being developed with a playable demo, leading to wild anticipation of what might occur next. Now though Valve has indeed stepped in and its legal team has now told the developers to shut down its Portal attempts, as reported by Android Police. This will be a huge final blow to those who still had hopes of Portal for Android but alas we think it’s the final nail in the coffin.

Sadly the main developer hoping to develop the game further did actually seek permission from Valve from the beginning but continued to progress with Portal whilst waiting to hear back. When he finally heard from Valve its legal team simply said, ‘Yes, we do mind if you make your game playable on mobile devices.’ The developer involved has now closed the thread completely and no further work on the unofficial build will take place.

When Valve first released Portal back in 2007 for Windows, PS3 and Xbox 360 it received huge acclaim for being such an innovative and original game. It does seem strange therefore, when its evident that Portal would be extremely popular on Android, that Valve doesn’t step up and make Portal for Android itself. It’s sad then that the Portal clone has now been finished off but at the same time it was sort of inevitable. Were you hoping to see Portal for Android? Why do you think Valve seems reluctant to develop it for mobile devices itself? 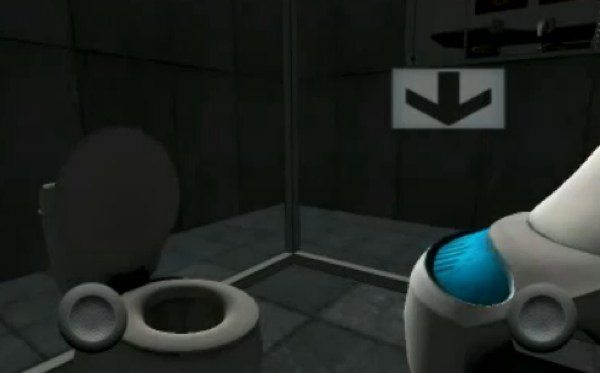