We’ve been keeping readers informed with all the information about the new iPad (previously dubbed iPad 3) since its unveiling last week. With the release date fast approaching on March 16 many potential U.S. buyers are now asking whether they would be better off purchasing the tablet on Verizon or AT&T and we’ll give you some pointers on that today.

A lot of customers up until now have been considering the specs and features of the new iPad and trying to decide what storage model they want or even what color option. However the choice of carrier could be just as important and there are plenty of factors to take into account. First off there’s pricing and data deals. The new iPad price is exactly the same on Verizon and AT&T but data plans must also be considered. AT&T offers a starting monthly fee of $14.99 for 250MB but to be honest this would only suit the very light user. For $30 you’ll get a far more appealing 3GB or for $50 it goes up to 5GB.

Turning to Verizon it will cost you $20 for 1GB. Although the starting price is more expensive this article makes the excellent point that this actually provides four times as much data for only $5 extra than AT&T’s cheapest plan. Apparently though the lowest priced Verizon deal is pretty hard to find when you look on Verizon’s website but we’re assured it does exist. Apart from this plan Verizon also offers 2GB for $30 or 5GB for $50. Therefore the middle plan of the carriers is better value on AT&T while the higher plan is the same price. For the lower plans we’d say that Verizon’s $20 for 1GB is much better value than AT&T’s $14.99 for 250MB.

Other factors to consider are signal reach and quality. As far as signal reach this becomes more relevant if you travel often. Verizon’s 4G LTE network now covers 200 million potential users while AT&T is much newer to the game and its LTE network currently covers around 74 million potential customers. If you’re intending to use your new iPad at home for the vast majority of the time you’ll just want to ensure you’re in one of the right regions for coverage but if you travel then Verizon is a better choice for you.

Signal quality is also an important issue and there are plus’s and minus’s here. While AT&T offers better download speeds (around 18 Mbps) Verizon is better for upload speeds (around 13 Mbps). However the difference between the two carriers is very small. We should point out though that AT&T’s LTE network is not currently getting nearly as much usage as Verizon’s so it will be interesting to see what those speeds are when its network is being more heavily used. Also another factor to think about is that Verizon has stronger available frequencies offering better signal quality in high-rise buildings.

Some of you may also want to use your new iPads as mobile hotspots but although this is theoretically possible on both carriers according to Apple, only Verizon is actually delivering this capability at the moment. Both carriers now offer international roaming support. It would seem therefore that when it comes to a choice between the new iPad on Verizon or AT&T there are more aspects in Verizon’s favor than AT&T’s. However personal usage and requirements should be considered carefully before making your final decision. 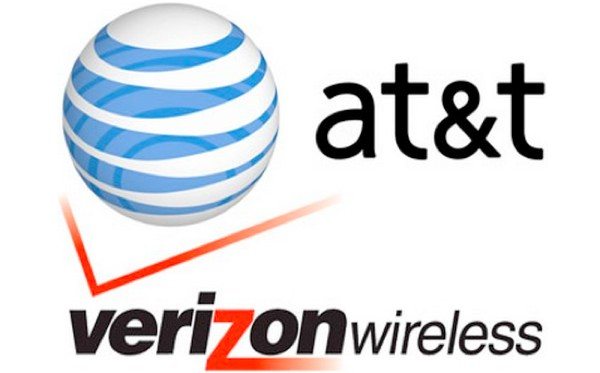 One thought on “New iPad preference between Verizon and AT&T”