According to the guys over at GSMarena, by way of Sony Mobile, the Sony Xperia Sola is slimmer than the previous Xperia devices, coming in at 9.9mm thick and touts something Sony calls “floating touch,” which apparently allows the user when using the browser, to hover their finger over the display and you finger will act as a cursor so you can hover over links.

Apparently Sony has promised to bring this “floating touch” tech to more applications with software updates and has also said they will open it up to developers to use in their own apps.

The Sony Xperia Sola measures 116 x 59 x 9.9mm with a weight of 107 grams, and will run the Android 2.3 Gingerbread operating system on lunch, however the smartphone will be upgraded to Android Ice Cream Sandwich at some point in the future.

The smartphone will release sometime in the second quarter and becomes available in black, white or red, however at this time there is no word on what the Sony Xeperia Sola will hit your pocket for. 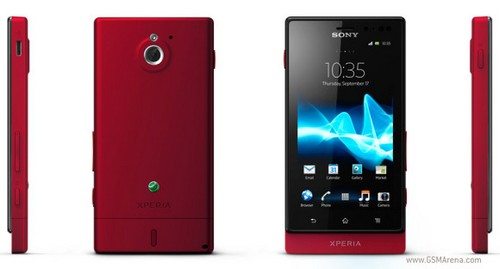