Next month a new TV show The Legend of Korra is set to premiere on the TV channel Nickelodeon, and is the much anticipated sequel to Avatar: The Last Airbender that was shown by the same channel between 2005 and 2008, and ahead of the new show we have news of Legend of Korra app for Android fans.

This new series will be set around seventy years after Phoenix King Ozai and Princess Azula were defeated in the four part finale of the original series. This time round the series is set to follow Korra as she learns Airbending, and has to go up against a revolution group called the Equalists.

Korra is a teenage girl that comes from the Southern Water Tribe and is being promised will be independent and hot headed as she takes on the world. The free Legend of Korra fan application includes a built in countdown timer for when the series starts, news of the storyline and voice actors, facts, fan fiction, forums, information, Facebook and Twitter integration, and much more.

So while fans of the series wait for the show to begin next month the application promises to be the ideal choice until then, and head over to Google Play to download and more information. Are you a fan of the series and what do you think of the app? 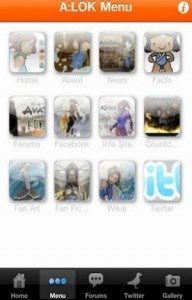 2 thoughts on “Avatar Legend of Korra for Android fans”