With the Zinio app for BlackBerry PlayBook, the user gains access to thousands of magazines via the world’s largest newsstand, with full colour pages, along with full subscription or single issues available enabling the user to choose what they want.

With the Zinio app for the BlackBerry PlayBook the user can seamlessly sync their library with their tablet, computer or smartphone, along with keeping up with trending topics and stories from magazines such as Rolling Stone, Macworld, Hello!, US Weekly, The Economist and more.

The Zinio app for the BlackBerry PlayBook tablet enables the user to read what they like at any time and anywhere, and for those that would like to take advantage of what the Zinio application has to offer, the app can be downloaded for free from BlackBerry App World, although one should keep in mind that some subscriptions will cost. 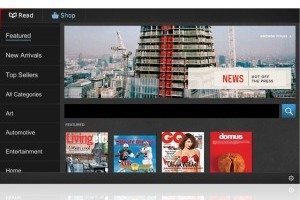