For those that might like to use Android applications on their Windows PC, apparently BlueStacks has now made available their first beta download that enables users to run graphic intensive Android apps on Windows, and apparently delivers ARM Android apps to your Windows desktop PC via a new tech called LayerCake.

According to the guys over at Cnet, LayerCake, developed by the company, does 2 things that are required to run Android applications on Windows, it firstly powers an application on hardware that the app wasn’t intended to run on, and secondly includes hardware graphics acceleration, which wasn’t available in the BlueStacks Alpha of last year.

Basically this means the LayerCake technology uses your computer’s graphics card to make graphic intensive apps such as Air Attack HD run more smoothly on your PC, and can also apparently replicate the accelerometer tilting in applications that utilise it via the arrow keys or mouse, whilst pinch and zoom is supported on mouse trackpads.

The BlueStacks beta debuts a significantly changed program that enables the user to download apps right from within BlueStacks without using an Android smartphone, and comes with a dock launcher that fits with the Windows interface, whilst using the BlueStacks Cloud Connect feature for syncing apps, the user can now send and receive texts on their computer.

They guys say with BlueStacks beta, apps such as Angry Birds that cost cash for the computer versions can now run on your PC, thus if the Android app is a free app, you can run that free app in your Windows box for free, and apparently there are several photo apps that BlueStacks can also run on your PC, and you can run the apps in either windowed or full screen.

So if you are one of the Android faithful out there and want to give the BlueStacks beta a whirl, you can grab the BlueStacks App Player by hitting up Here, and feel free to let us know how you get on. 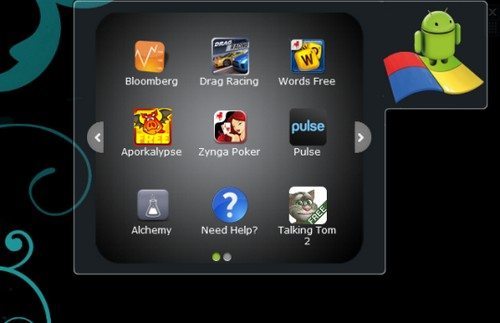