We’ve brought you news on occasion about the LG Lucid heading for Verizon, a 4G LTE-equipped Android smartphone. Today we now have a confirmed release date for you of March 29 together with pricing details.

We had previously named March 29 as a speculated release date for this smartphone but it’s good to see that is now official. The LG Lucid 4G has some decent enough specs although is not in the top tier of smartphones. Nevertheless we told how it could be suitable for many, especially if reasonably priced. The good news is that it is very reasonably priced and will be available from Verizon Stores and Verizon online for only $79.99 on the usual two-year contract and after a $50 mail-in rebate.

On top of that you’ll need to subscribe to a Verizon Nationwide Talk plan starting at $39.99 monthly and a data plan with a starting price of $30 for 2GB of data. Specs and features include a 1.2GHz dual-core processor, 4-inch IPS display featuring Gorilla Glass and with a resolution of 800×480 and 1GB of RAM. There’s also a 5-megapixel rear camera and HD video recording plus a front-facing video chat camera. The LG Lucid also offers USB 2.0, Micro USB charging port, Bluetooth 3.0, 802.11b/g/n WiFi and a 1700mAh battery.

Other neat features are lock screen shortcuts for instant access to the camera, voicemail, messaging and also a Quick Reply feature for text messaging and Quick Dialer wigit. One disappointment though is that it runs on Android 2.3 Gingerbread though Verizon states that this will be upgraded at some point. All-in-all though it’s a good enough phone for its price and if you want to see more then check out a video below this story showing a review of the LG Lucid.

What are your thoughts on this 4G LTE Verizon offering? Will the competitive pricing tempt you? 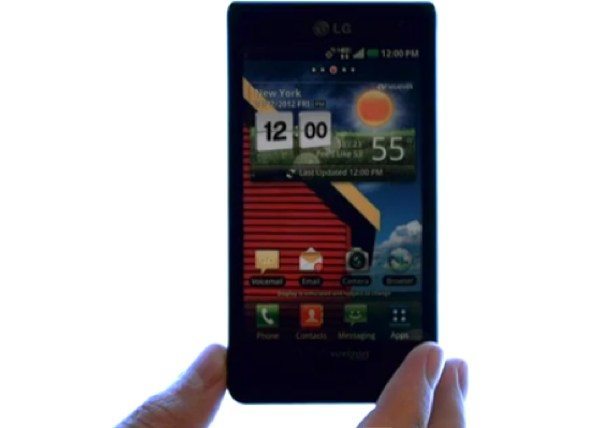