Reviewing the Unlocked HTC One X gets verdict

The HTC One X was a widely publicized smartphone, with many consumers excited about its quad-core capabilities. It has recently released in some regions and today we have review news for you of the unlocked international HTC One X and the verdict.

First we’ll give you a rundown of the key specs and features. The HTC One X has the NVIDIA 1.5GHz Tegra 3 quad-core processor, 4.7-inch Super LCD display, 8-megapixel rear camera plus 1080p video capture and a 1.3-megapixel front-facer. There’s also 1GB of RAM, 32GB of internal storage,1800mAh battery, NFC support, Beats Audio and Bluetooth 4.0 all running on Android 4.0 Ice Cream Sandwich. As you can see already, just from these details, this is a promising device.

Now Droid-Life has given a full and comprehensive review of the unlocked international edition of the HTC One X, which is usefully divided into the good and the not-so-good aspects of the phone. Starting with the good points the display is described as “easily the most beautiful smartphone display you will find anywhere.” That’s quite some praise. Pixel density is 312ppi and its mentioned that we’re unlikely to see a better display until Samsung comes out with its HD Super AMOLED Plus display (rumored for the Galaxy S3).

The design, look and feel of the HTC One X also receive positive comments, weighing just 130g and only 8.9mm thick, and we have to agree that this is a beautifully stylish handset, likely to get you noticed. Other good points noted are the hardware with very decent all around specs and although the battery is not as large as we’d have liked the reviewer praises the fact that battery life issues have not been a problem at all, with a full day of use possible before charging.

The performance speed also receives praise with impressive benchmarks and no stuttering and is described as “unbelievably fast. Even the HTC Sense 4.0 UI comes in for some positivity, for parts of it at least, while Android 4.0 ICS is favorably received. The camera also managed to make its way into the ‘good’ section of the review although results were sometimes mixed and the new HTC ImageSense software was truly impressive, receiving comments of “awesome” and “bravo.” As far as call quality goes it seems the HTC One X can’t be bettered.

Now on to the not-so-good points. We’ll start with LTE connectivity as this is lacking on the international unlocked edition of the HTC One X as it doesn’t play nicely with the Tegra 3 quad-core chip. However LTE will come to AT&T’s variant as we’ve already said. The reviewer was also not keen on the hardware navigation keys, preferring the on-screen navigation keys of the Galaxy Nexus instead and the sheer size of the HTC One X was also seen as a drawback, demanding two-handed use at all times.

Strangely there’s also no camera lens protection so there are concerns the lens could be easily scratched and the fact the battery is non-removable because of the unibody design is also commented on, despite the battery life making it into the ‘good’ section of the review. There were also slight niggles about the positioning of the top lock switch and headphone jack and the only other point in the not-so-good section was the remainder of HTC Sense 4.0. If you want to see a closer look of the unlocked HTC One X then check out the unboxing video that we’ve embedded for you below this story.

Ultimately the verdict is that the HTC One X is “easily the best Android phone available right now” and the reviewer was truly impressed by this “clear winner.” We have to say that there’s nothing in this review that would put most people off buying this phone, not even from the not-so-good section, so bearing that in mind we’d like to know if you’re intending to purchase the HTC One X? Maybe you’re waiting avidly for the AT&T variant to hit the U.S? 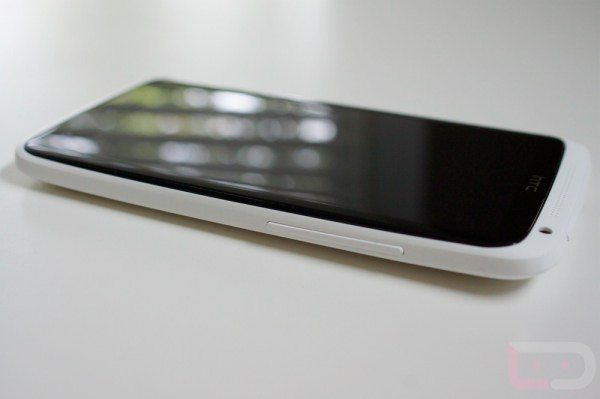 One thought on “Reviewing the Unlocked HTC One X gets verdict”