If you are a mobile gamer out there that enjoys playing with the caped crusader, the dark knight in Batman Arkham Asylum, but have been struggling a bit with getting through the levels, perhaps a few mobile walkthrough, guide and cheat apps will help you resolve that problem with Batman Arkham Asylum mobile gaming.

Thus we have put together a couple of Batman Arkham Asylum walkthrough/guide and cheat apps for the iOS platform and the Android platform for your consideration below.

There are three iOS and one Android app, so we’ll kick off with the iOS apps with an app called The Batman Arkham Asylum Game Guide for the iPhone, iPod Touch and Apple iPad, and is the unofficial game guide that offers all the side quests to enable you to master and complete the game. 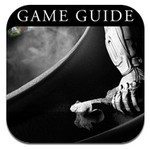 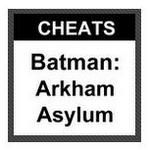 Lastly we have the Batman: Arkham Asylum Cheats app for Android, an app that contains all the tips, cheats, codes, tricks, hints, and more for the Batman Arkham Asylum game.