The Samsung Galaxy S3 (S III) hype is building up nicely ahead of next week’s big unveiling at the Samsung Unpacked event in London. We’ve seen many leaks including images and videos of what is purported to be the Galaxy S3 but today we have news of a dummy casing that has emerged that reveals a little more about what we might expect on the new handset.

None of us yet know whether any of the previous images of the Galaxy S3 are the genuine article and we also told of reports about prototype Galaxy S3’s being sent out in dummy boxes to prevent people seeing what the finished article would look like. News and an image of the new dummy casing holding a testing unit shows the casing of the next Galaxy S in its incomplete form.

The image comes from a Chinese website, Mobile01, as reported by The Verge and an interesting spot is that this photo appears to show a custom menu button. It appears that Samsung may want a change in the standard Ice Cream Sandwich OS buttons and has made a few subtle alterations. One of those is the change in position of the multitasking and back buttons while another change is a much bigger menu button than the stock Android 4.0 version. In fact the larger size is enough to shift the position of the main buttons.

Among the many expectations for the Galaxy S3 are a quad-core processor, larger screen, improved camera and LTE connectivity and we also expected Android 4.0 ICS. This dummy casing certainly seems to confirm that and of course Samsung will be adding its own TouchWiz interface so it could be that Samsung is still testing out how it will finally work together. We cannot confirm that the button layout on the finished article will appear the same as this but if it is does then what do you think?

We’ll continue to keep readers informed with all the developments about the Galaxy S3 and the main event next week so check back with us for more. Are you waiting for the Galaxy S3? What are your thoughts on what is shown on this new prototype leak? Let us know with your comments. 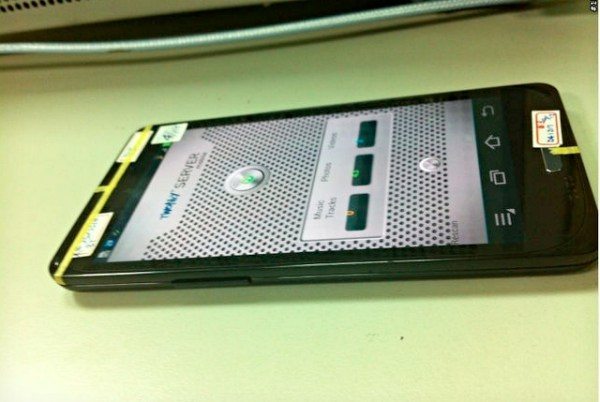