While we continue to see a variety of desirable new smartphones being released or in the pipeline we are also treated to a number of great looking concept ideas, and today we have the Iron Man type Glove One phone that looks a little odd in our opinion.

While smartphone fans await the release of the Samsung Galaxy S3 or hear details of the iPhone 5, there are a number of designers that try to bend what is mainstream into what may one day become the next generation of technology. We see a number of concept ideas that are innovate as well as being unique, and according to Bit Rebels a lack of refinement and funding prevents the ideas launching onto the market.

There are some concept designs that are just rendered images of someone’s idea of what is coming, and quite often remain just concept designs. Some innovators are able to show something real to the public, and one such person is Bryan Cera who has been working on what can be described as Iron Man’s personal mobile phone in a glove.

The design concept is called the Glove One, and is a SIM card holder, dial keyboard, and microphone speaker all in one. While it is hard to imagine the design approach actually making it to the mass market, some may like the idea of being able to make and receive calls via a glove.

If the glove had a few more unique features it could actually become something that could be used in day to day lives, but it’s doubtful now that many would want to ditch the smartphone in favour of a unique looking mobile phone, and it’s hard to see how you would improve your score on Temple Run.

What do you make of this concept idea? 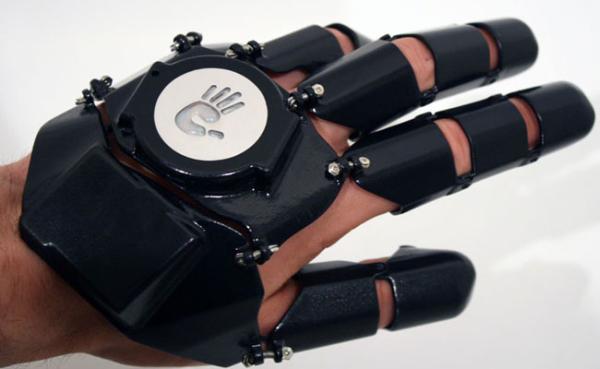 2 thoughts on “Iron Man type Glove One phone is odd”