Regular readers will remember that a few days ago we told you about an upcoming smartphone, the LG LS970. At that time we told how it might eventually be called the LG G but a new leak suggests it may end up titled the LG Eclipse 4G LTE. Previously unknown specs and features have also leaked out and if accurate it looks as though the LG LS970 (Eclipse) could take on all comers.

We already informed readers that the LG LS970 looked likely to be heading to Sprint and have a 4.7-inch HD touchscreen and we can now give you slightly more on that as in fact it looks set to be a 4.67-inch WXGA LCD TFT beauty with resolution of 1280 x 768. Similarly we informed it would have a 1.5GHz quad-core processor and further leaks tell us this will be a Qualcomm APQ8064/MDM9615 Krait CPU in the Snapdragon S4 series, enabling LTE connectivity. It will also feature a top-notch Adreno 320 GPU and a massive 2GB of RAM. Many people had hoped for 2GB of RAM for the recently announced Galaxy S3 but that failed to appear, however it is also coming to the LG Optimus LTE2.

As well as these already top-end specs it seems the LG LS970 will also feature a 13-megapixel rear camera and 1.3-megapixel front-facing shooter,16GB of internal storage, will be juiced by a nicely decent 2100mAh battery and will run on Android 4.0 ICS. If this phone does come to Sprint it will be another LTE handset for its upcoming LTE network to go alongside the already announced HTC EVO 4G LTE. All of these details were provided by Brief Mobile from a source who also provided an image of the reverse of the phone. You can see that below, courtesy of Brief Mobile.

All of the above impressive specs are apparently packed into a design that’s only 8.6mm thick and weighs 142g so we would imagine this phone could have huge appeal to an awful lot of smartphone buyers. The only drawback we can think of so far is that a release date looks likely for Q4 but we can imagine that with what we’ve heard so far there will be a lot of potential customers willing to hold on for the LG LS970, whatever it is eventually called.

You can be sure that we’ll be keeping tabs on this exciting sounding smartphone and will bring you further news as we hear it. What are your thoughts on the LG LS970? From what you’ve read so far does this sound like something worth hanging on for? Send your comments to let us know. 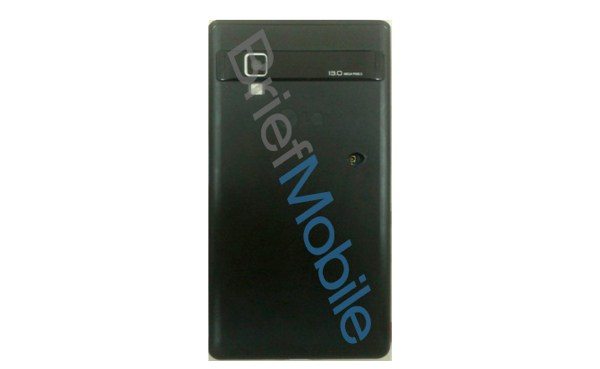