Samsung has recently released its latest Android smartphone to the public in a number of countries, but while this handset is getting all the headlines its older Galaxy models are still seeing strong sales across the world.

The company has decided to release sale figures for some of its earlier models from the Galaxy range, and it provides positive reading as according to an article on TNW the first two Galaxy S smartphones have now sold over fifty million units globally. Since it was first released in June 2010 the Samsung Galaxy S has shifted 24 million units, while its replacement the Galaxy S II has now sold over 28 million units in just over a year since it was released.

Samsung also revealed sales figures for the tablet smartphone crossover the Galaxy Note, which has now hit the seven million mark while averaging one million sales each month since it was first released. Back in October the company revealed that combined sales of the Galaxy S and Galaxy S II had passed thirty million units, with the Galaxy S2 seeing over ten million sales in six months.

This meant the device became the fastest selling device in the company’s history, and had reached twenty million sales by February with eight million units added in less than four months. The Galaxy Note had passed five million sales in March, which was five months after going on sale for the first time.

While these sales figures are really impressive is still doesn’t compare to the figures that Apple has been seeing recently, as during the last quarter of 2011 there were 37 million iPhones sold with a further 35 million being sold during the first four months of this year. The latest edition to the Galaxy S family though will push things even further for the company as some retailers reported record pre-orders for the device.

Do you own a Samsung Galaxy Smartphone? 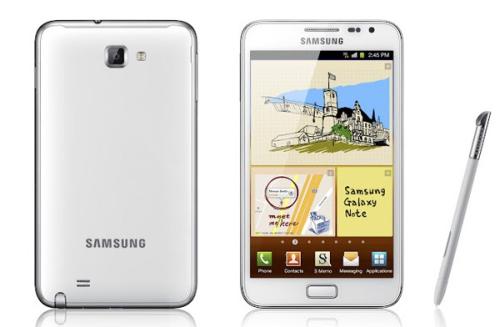