While the world has been getting excited about the release of the latest Galaxy S smartphone from Samsung, owners of the older version in the US are still wondering when their handset will be upgraded to the Android Ice Cream Sandwich operating system, but today some news from T-Mobile has revealed the Android ICS arrival date for the Samsung Galaxy S2.

The carrier was the second network to provide the handset last year in the country, but according to GIGAOM the carrier could be the first to update the Galaxy S2 to Android 4.0. Today T-Mobile took to its Twitter page to announce that the software will be released on June 11th.

Owners of the handset will need to download the new software via the Samsung Kies application that is supported by both Mac OS X and Windows, and is different from most Android updates that are achieved via mobile broadband or Wi-Fi, but as the size of the file is quite large it will be easier to transfer it via a USB cable.

The company has promised to reveal more details about the update soon, but many users of the handset won’t notice much visual difference after the update is installed, as many of the Android 4.0 UI enhancements will be covered by Samsung’s TouchWiz Android overlay.

They will see an improved camera interface, monthly data usage monitoring, resizable widgets that are also more interactive along with some more new features. This news about the new operating system for some US users of the Galaxy S2 comes after Samsung earlier today revealed how many Galaxy S and S2 devices it has now sold.

It was only a few weeks ago that T-Mobile pushed out a software update for the handset that still kept it running Android 2.3 Gingerbread, but at least owners now know when they will be getting some Ice Cream Sandwich love. Are you an owner of the Galaxy S2 owner with T-Mobile? 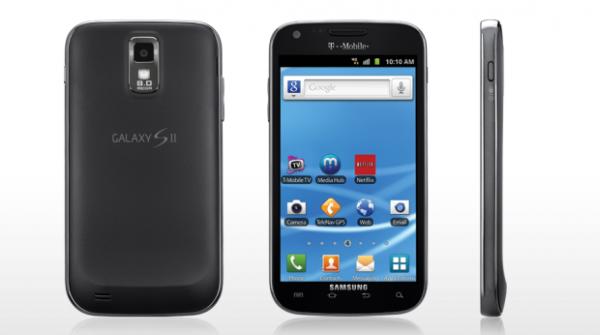