This year Samsung changed tact with regards to showcasing its latest Galaxy S smartphone by giving the handset an unveiling all of its own in London, while in previous years the company revealed the new model at the annual MWC event. It seems that all the hype and publicity has helped the Samsung Galaxy S3 to blitz the iPhone 4S already when it comes to a chart complied in the UK.

According to uSwitch the Galaxy S3 soared to the top of its Mobile Tracker chart and ending the white version of the iPhone 4S brief stay at the top of the tree. The chart is compiled by combining actual sales and web searches and comes only a couple of days after the Samsung smartphone being released.

Previously before the iPhone 4S hit the number one spot last month the Galaxy S2 had been at the top of the chart for eleven months on the trot, and it was only revealed yesterday how well last year’s device had been selling. Even though it has now been replaced by this year’s model it is still sitting at number three in the chart.

Meanwhile the recently released HTC One X is placed at number four one place ahead of the popular Samsung Galaxy Note. Many reviewers comparing the two handsets have favoured the Galaxy S3, and the device is probably the most hyped handset besides the iPhone.

It has to be remembered though that the iPhone 4S has now been available since October, and the device is basically a reworked iPhone 4 with its main new feature being an improved processor alongside the built in Siri application.

Many consumers will now be sitting tight to see what Apple next does with its flagship smartphone before deciding what to buy next. Speculation is mounting that we will see an all new handset this year, and one that brings with it a slightly bigger screen.

Will you be getting the Samsung Galaxy S3 or are you waiting to see what the iPhone 5 will be like? 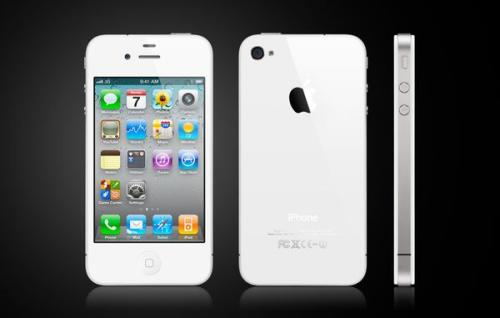