NOVA 3 for Android out now but is your device compatible?

There’s news today that should please plenty of Android enthusiasts as the NOVA 3 — Near Orbit app is now available for the platform. Another addition to the popular first person shooter series from Gameloft, you can find it now at the Google Play store, but is your device compatible?

This game was previously available on iOS but now NOVA 3 on Android has already received some great reviews, particularly in regard to its amazing graphics. News of the Android app becoming available came to us from Droid-Life. However, although the Google Play store description says that this is compatible with Android devices running 2.2 or later and many other tech sites are reporting the same, Droid-Life points out that the game is not compatible for all Android devices. They noted for example that their Tegra 3-powered HTC One X is not a compatible device, despite the enormous popularity of this recent smartphone, although other popular phones such as the Galaxy Nexus and Droid RAZR have made the grade.

A full review of NOVA 3 can be found here on Android Community and says that it is available for wide range of Android devices. However, please make sure yours is one of them before you download the game as it does seem odd that the HTC One X (Tegra 3) isn’t included. There are also plenty of user reviews on the Google Play description of the app and many are hugely positive but there are some with criticisms of how the game runs on their devices, one of them being with the Galaxy Note.

As well as this, Gotta Be Mobile also points out that as well as the Tegra HTC One X the game is also not compatible for the HTC EVO 4G LTE. Aside from compatibility issues Android Community also tells how this is a whopping 1.7GB download and takes a good 30 minutes or more to download so be prepared! N.O.V.A. 3 — Near Orbit from Gamelot is available from the Google Play store here and is priced at $6.99/Â£4.99.

The NOVA 3 Android app features an epic storyline, multiple weapons and powers, 12-player battles in 6 multiplayer modes and much more and no doubt fans of the franchise will agree with most of the reviews that this is a pretty stunning game. You can get some idea of how good the game looks with a hands-on experience video available to view below this story.

We’d like to hear from you with your thoughts about NOVA 3 for Android or have you found your device to be incompatible? Maybe you have hit other problems or have you nothing but praise for NOVA 3? Why not let us know with your comments. 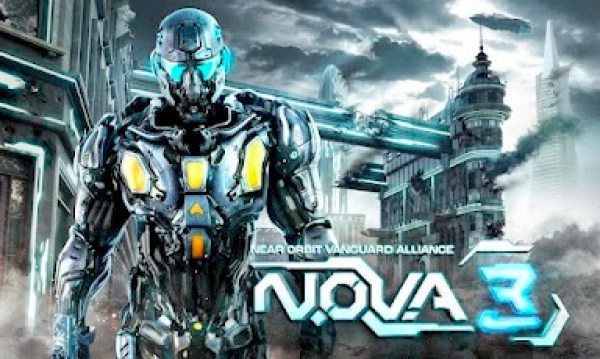 36 thoughts on “NOVA 3 for Android out now but is your device compatible?”