There’s some good news today if you’re a Verizon customer waiting for the release of two of the hottest new smartphones, the HTC Droid Incredible 4G LTE and the Samsung Galaxy S3 (S III). We have some news on release dates for both of the devices and in the case of the SGS3 it could be earlier than you expected.

Previously we told how Verizon was now taking pre-orders for the Galaxy S3 with a possible shipping date of July 9. However the latest news is that the Galaxy S3 on Big Red could arrive as early as June 28. The Galaxy S3 is Samsung’s flagship device and is already achieving massive sales in other regions where already released and so looks set to be huge in the U.S. where it’s being released on all 4 of the major carriers as well as U.S. Cellular. The Droid Incredible 4G LTE is also highly awaited and news is that this will be released on June 21.

Verizon customers are just about to be spoiled then with two impressive Android smartphones being released within a week of each other, according to Droid-Life, who managed to get these latest dates. A word of caution though is that these are “tentative” dates and not yet confirmed although they have been given from Verizon to staff according to the source. The dates also fit with Thursday launches that Verizon is so fond of.

As well as this, more news from Droid-Life that backs up these dates is that Best Buy are telling those who pre-order the Galaxy S3 on Verizon that they can expect shipments by June 28. Again this is unofficial but the pointers are certainly adding up and another source says that the Galaxy S3 could be at Verizon warehouses by June 23, making the June 28 release date plausible.

We’ll give readers a quick recap on both of these handsets. Firstly the Galaxy S3 on Verizon will have a 1.5GHz Snapdragon S4 dual-core processor (as opposed to the NVIDIA quad-core for other regions), a 4.8-inch HD Super AMOLED display, 2GB of RAM, and 16 or 32GB of internal storage, runs Android 4.0 Ice Cream Sandwich and is a 4G LTE smartphone. It will be available in blue or white although if you’re with AT&T there’s talk of an exclusive red variant. The price is expected to be $199/$249 on the usual two-year contract.

The HTC Droid Incredible 4G LTE has a 1.2GHz Snapdragon S4 dual-core processor, 4-inch Super LCD qHD display, 1GB of RAM, 8GB of onboard storage (expandable to 32GB with micro SD) and HTC Beats Audio and runs on Android 4.0 ICS with of course, 4G LTE connectivity. The price is expected to be $299 on contract.

Hopefully then if you’re waiting for either of these two smartphones you don’t have too much longer to wait. Are you waiting for the Droid Incredible 4G LTE or the Galaxy S3? If so what has made you choose one over the other? Let us know with your comments. 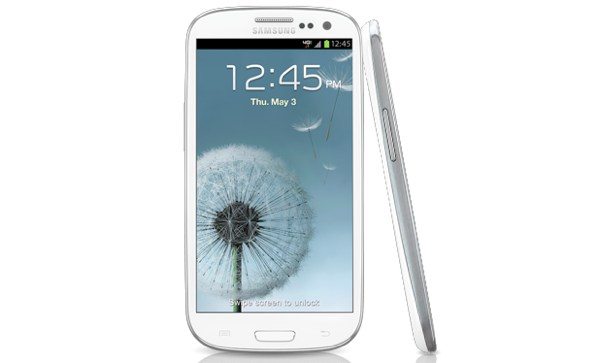