Samsung Galaxy Beam UK release date may be this month

Earlier this year at the Mobile World Congress the paying public were treated to a number of new smartphones that were in the pipeline, which included the Samsung Galaxy Beam and it seems the release date for the device may be this month for consumers in the UK.

According to an article over at TechRadar mobile phone retailer Carphone Warehouse has put up a provisional date of June 2012 for the Samsung Galaxy Beam, although clicking for more details takes you to a page that says expected March 2012. This makes you wonder if the device has been simply delayed by three months, or just a typo on the website.

There has been a Galaxy Beam handset before now but it was only released in Singapore, but this latest offering is going to be available internationally. The handset is nowhere near the specifications of the Galaxy S3 though, and in a way is similar to the Samsung Galaxy S Advance.

The handset will come running the Android Gingerbread operating system and powered by a dual core 1GHz Cortex A9 processor with 768Mb of RAM. It will feature a five megapixel camera on the back capable of 720p HD video capture, and around the front there is a 1.3 megapixel unit. The display is a 4-inch WVGA unit and all this is powered by an impressive 2,000 mAh battery.

It’s the handsets projector that makes the Galaxy Beam standout though, which is 15-lumens bright and can project an image of up to 50-inches at 720p HD resolution at 30 fps. There is also 8GB of on board memory that can be expanded via the microSD card slot. Rival retailer Clove has the Samsung Galaxy Beam listed for early July with a Â£442.80 price listed, so there is a chance we will see the device in the next few weeks.

Will you be getting the Galaxy Beam? 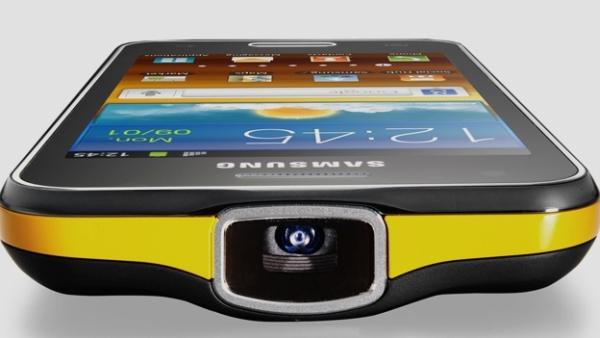