Here at Phones Review we like to keep readers informed about the latest phones and tablets but also the best new apps and today we have great news for those who fancy themselves as virtuoso performers. The Magic Piano for Android app has just become available after being hugely popular for iOS users for some time.

This is a great app and if you’re one of the many Android enthusiasts who have been eagerly waiting for it this will be music to your ears (excuse the pun)! Songs to play along with range from Mozart classics to the latest chart hits so there really is something for everyone. Users simply tap the light beam notes that appear on the screen and it’s amazing how quickly you start to feel like an accomplished pianist, even though it’s suitable for complete novices to the keyboard.

News that Magic Piano is now available worldwide for Android came to us from Droid-Life and you can download the app from Google Play here. Magic Piano from Smule (who also recently came up with Songify for Android) is a free app for devices running Android 2.2 or later and only became available today so you can bet plenty of people will already be playing along to their favorite music choices. Over 13 million people already use Magic Piano and you’ll be compelled to join their ranks once you’ve had a go.

Magic Piano is the number one piano game app and at the moment more than 200 songs are available with more free songs being added all the time. Users can also earn new songs by watching and playing videos and can also head to Smule’s Facebook or Google + page to suggest new song choices. You can also share performances with friends through Facebook, Twitter, Google + and more.

Just some of the current song choices available include Bad Romance and Love You Like a Love Song from the pop sphere and rock songs such as How to Save a Life and The Final Countdown. From the world of musicals and movies there’s Phantom of the Opera and A Whole New World while classical music lovers among you may prefer Chopin’s Minute Waltz or Beethoven’s Moonlight Sonata.

We heartily recommend this app as we’ve previously played the iOS app and we’re happy that Android users will now be able to join in with the Magic Piano fun. Have you been waiting for the Android Magic Piano? If you were one of the first to download this new app today we’d appreciate you telling us what your initial thoughts are by letting us have your comments. 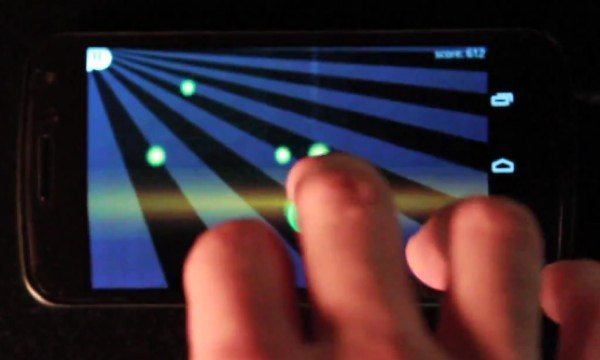