Here at Phones Review we’re only too well aware that it’s Father’s Day 2012 this weekend and so with that in mind we’ve rounded up a pick of some of the top apps that your Dad may enjoy, both for iOS and Android devices. It’s a great way of showing that you care and hopefully we can suggest something for every kind of Dad out there.

We’ve already rounded up some great gadget gifts for Father’s Day so if you want some gadget suggestions then check that out for more. However more and more Dads now spend increasing amounts of time on their smartphones and tablets so apps are a good alternative to the typical gift. Simply click on the links to be taken straight to the Google Play store for Android apps or to the App Store for iOS apps for iPhone, iPod touch and iPad.

First of all we know how a lot of Dads like to kick back and relax in front of the TV so we have the Remote iOS app from Apple for iPhone, iPod touch and iPad and compatible for devices running iOS 3.1.2 or later. This is a free app (even better) and enables the user to control iTunes and Apple TV with their iOS device over a WiFi network. You can use this from anywhere in the home, browse, listen and control your iTunes Match library on Apple TV and use functions such as pause, rewind, fast-forward and volume control, all by using your iPhone or other device. There’s much more to this app so check it out at the link for more.

For the sports-loving Dad then how about the WatchESPN app for both iOS and Android users. This is a free app but you will need a subscription to a participating cable service that carries ESPN (although you may already have that). The app enables the user to watch ESPN from wherever they are on a connected smartphone or tablet. The iOS app is suitable for iPhone, iPod touch and iPad running iOS 4.0 or later while the Android version is for devices running Android 2.2 or later.

Another app that uses up-to-date technology for traditional handyman techniques is iHandy Carpenter. This digital toolkit available for iOS and Android platforms and is priced at $1.99. Considering this gives the user functions such as a surface level, bubble level bar, protactor and ruler and could avoid nasty mishaps such as nails in the wrong places, this is a good price. Let’s face it, most of our Dads feel that they’re handymen even when they’re not so a lot of enjoyment could be had from this app. The iOS app is compatible with iPhone, iPod touch and iPad running iOS 3.0 or later while the Android app is for devices using Android 1.5 or later. 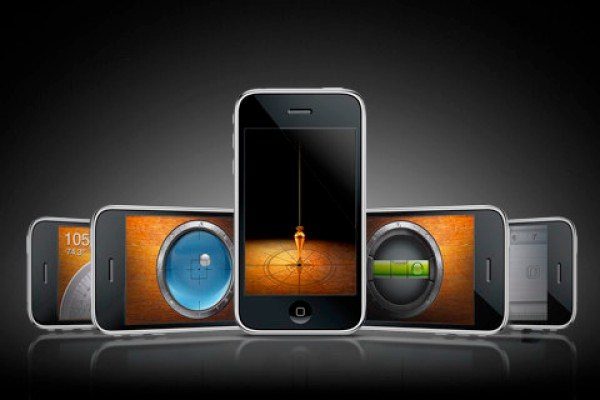 Another very good app for the Dad who likes to think he’s a chef is Grill-It! This is an Android app or iOS app catering for all your grilling needs. There are detailed recipe instructions and photos (so you can see what it’s supposed to look like) and as well as meat recipes for beef, lamb, chicken and more there are also ideas for marinades, vegetable dishes and other outdoor meals. This Android app is priced at $0.99 and is for devices running Android 2.1 or later. Alternatively the iOS app is for iPhone, iPod touch and iPad running iOS 3.0 or later. 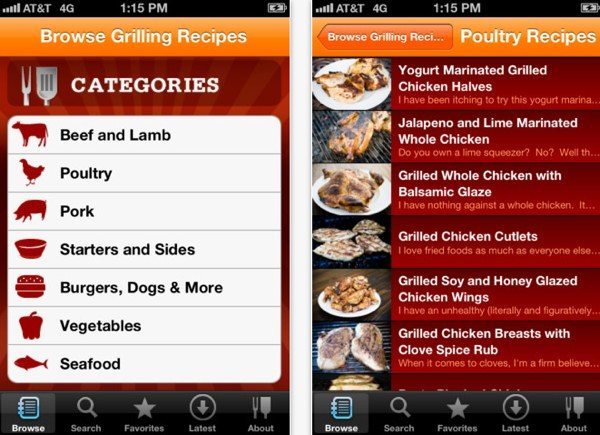 Maybe your Dad is the kind who needs a bit of help with organizing his busy family life. If so you can’t go wrong with the Cozi Family Calendar and Lists app. This is a free Android app and will allow Dad to use his smartphone as a calendar for the whole family. From one shared account that everyone can access via email and a shared password you can create chore lists, get reminders for appointments, compile to-do lists and much more. For Android users this is suitable for devices running Android 2.1 or later. An alternative for iOS users is the Cozi Family Organizer: Shared Calendar, Shopping List, To Do List, another free app compatible for iPhone, iPod touch and iPad running iOS 3.1 or later.

We also know that there’s a lot of golf-mad Dads out there so what about the SkyDroid Golf GPS app for Androids. This contains satellite images of over 22,000 golf courses with more on the way and will help golfers get distances and lower their golf scores. The GPS rangefinder helps the user by showing distances to front back and center of greens along with hazards or targets and there’s also a shot-tracking feature. This Android app is $1.99 and for devices running Android 1.5 or later.

Finally if your Dad is one of those typical Dads, never happier than when acting as handyman, BBQ chef, carpenter and gardening then he might appreciate The Home Depot app. This is a free Android app or iOS app. The Android app is for devices running Android 2.2 or later while the iOS app is for iPhone, iPod Touch and iPad running iOS 4.0 or later. Over 300,000 store products can be researched with this app, which also features an in-store map so the user can go straight to the right section of the store for their needs. Use it to check product stock and if the decision to buy something is reached then simply scan the QR and UPC codes to buy immediately or for a nearby store pickup.

Hopefully from this selection of apps you’ll be able to find one or more that would be great to show Dad your appreciation this Father’s Day. If you have any other suggestions for great Father’s Day apps then please do tell us about them via the comments box below. 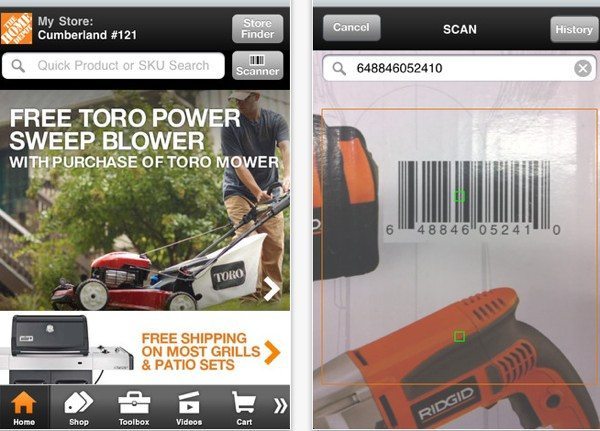