Nokia 808 PureView let loose for US July 8 plus more

For the many U.S. readers waiting for the release of the Nokia 808 PureView smartphone we have some great news today. Only yesterday we told how it had now been officially announced that it will be sold in the US by Amazon at some point in July, however we now have plenty more news with a release date, pre-order news and bonus news for those who are T-Mobile customers.

We told how the price of the Nokia 808 PureView with its impressive 41-megapixel camera was to be $699.99 unlocked and that pre-orders would begin shortly. This indicated to us that perhaps a release wasn’t too far away and we’re glad to say that has also now been confirmed. The pre-orders have actually now begun at Amazon here and also a release date named as July 8, so not too much longer at all.

If you read our story yesterday you will also have noted that at that time Nokia Conversations told how the Nokia 808 PureView would be suitable for use on AT&T or on T-Mobile. However there was a caution that it would only be able to be used on the 2G T-Mobile network, news that may have disappointed some. We’re glad to say that an update from Nokia’s blog now states the handset won’t be restricted to 2G on T-Mobile and now says it “works just fine with T-Mobile in the United States.” The company says this mix-up was due to a spec sheet error and we heard this through Phone Arena.

That’s pretty good news if you felt let down at the company’s original position on this. We should also point out that as spotted by GSM Arena, only the white 808 PureView is so far listed on Amazon with no mention yet of the red or black models. If you don’t mind the white color option though then get ready to place those pre-orders for the SIM-free 808 PureView through Amazon and if you want to see more about the 808 PureView you might like to check out some of our previous articles here.

We’d like to know what you think about the 808 PureView and its outstanding camera set up. Are you waiting for the Nokia 808 PureView to land stateside? Are you pleased at the news that there will be no problem using it on T-Mobile as well as AT&T? Let us know with your comments. 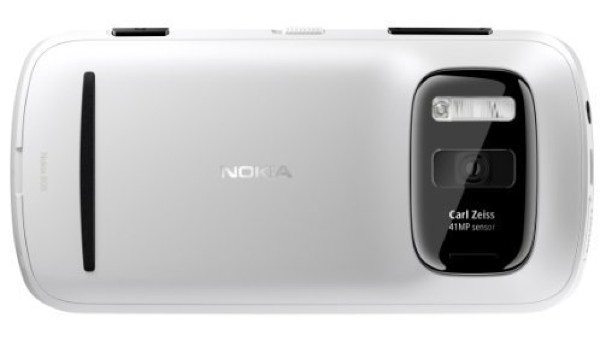