Taking a look at the vast amount of smartphone choice on the market can be confusing and time-absorbing but if you’re on the lookout for a new smartphone for the summer then we have news of best summer smartphone picks for each major US carrier, AT&T, Verizon, T-Mobile and Sprint. Hopefully this will save you some legwork/screenwork and narrow down your choice enough to make your selection easier.

The sheer array of available phones and their different capabilities can be bewildering for the layman and so it could be extremely useful for many consumers to start with just a few choices for AT&T, Verizon, T-Mobile and Sprint, deduced as top picks by the experts with something for all needs and all pockets. The Verge has helped us out with a great selection of smartphones and for each carrier they have picked a ‘top pick,’ a ‘close second,’ a ‘budget pick,’ and also a ‘don’t buy.’ If you want any more information on any of these phones simply click on any of the links provided to our previous posts about them.

So if you were to choose a phone on your carrier right now what are those best options? Starting off with AT&T the iPhone 4S is awarded the top pick spot. It runs Apple’s iOS platform, has an impressive camera, features the Retina Display and overall has a lot going for it. If you want an LTE handset though then you may want to wait a few more months to see if the iPhone 5 (rumored for fall) comes LTE-equipped. The smartphone judged a close second for AT&T is the HTC One X, which is an LTE smartphone with a large 4.7-inch display and a speedy Snapdragon S4 dual-core processor (instead of the quad-core CPU of the international model) and Android 4.0 ICS. The budget pick is the Nokia Lumia 900 which runs on Windows Phone 7.5 and the don’t buy is the Samsung Focus S, another Windows Phone handset.

Moving on to Verizon then the top pick is the Samsung Galaxy S3, just about to hit the shelves and with top-end specs such as a 1.5GHz Snapdragon S4 dual-core processor, 4.8-inch Super AMOLED HD display, 8-megapixel camera and running on Android 4.0 ICS. The close second is the Galaxy Nexus offering Android 4.0 ICS in pure Android form and a 4.65-inch display with 1.2GHz TI OMAP dual-core processor. The budget pick for Verizon is the iPhone 4 (8GB model) while the don’t buy recommendation goes to the Sony Xperia Play, which didn’t quite fulfil expectations. One more category under Verizon is a smartphone “you might want to wait for” which has been awarded to the HTC Droid Incredible 4G LTE.

For T-Mobile the top pick is again the Samsung Galaxy S3 even though it won’t have LTE connectivity on this carrier. There are still enough great offerings from this Samsung delight that it will be hard to beat over the next few months. The close second is given to the HTC One S, which while not as impressive as the HTC One X still offers great performance. This time there’s a choice of two budget picks, the HTC Amaze 4G and the Nokia Lumia 710. The don’t buy choice goes to the LG Doubleplay.

Finally we’ll take a look at the Sprint picks. Top pick was given to the HTC EVO 4G LTE, Sprint’s variant of the HTC One X with HD voice support and also LTE connectivity (although Sprint is only just beginning to launch its LTE network so you may have to wait a while for decent coverage. There’s no close second given for Sprint but for the budget pick the iPhone 4 8GB model takes it and finally the don’t buy option is the BlackBerry Tour 9630.

The Verge also took a look at phones on US Cellular, Cricket and MetroPCS so check out the article at the earlier link for more. We’ll point out that while these are not necessarily our choices, on the whole we think these selections offer a great all-round way of narrowing down the best smartphones on US carriers at the moment.

You may also like to suggest your own ideas and recommendations of more smartphones you think should be on the list so let us have your comments on this. Will this help to narrow down your final choice? Maybe you’ve now decided which will be your next smartphone purchase? 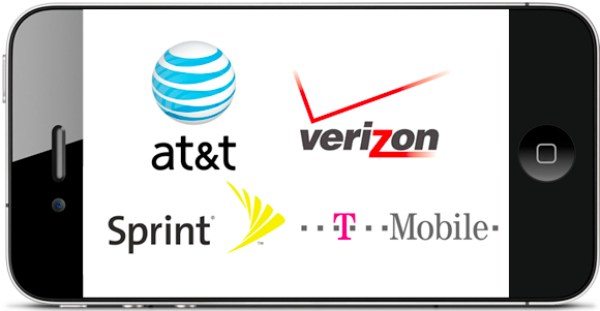