If you have a Nokia Lumia 610, 710, 800 or 900 in the U.S. or Asia and have been waiting for the new Camera Extras app then you’re in luck. The new development was announced last week and has now hit the Windows Phone Marketplace. If you have one of the above smartphones in any other region then you’ll be able to get Camera Extras in July.

Camera Extras will give Lumia users running Windows Phone 7.5 Mango four new features for differing conditions and they are Smart Group Shot, Action Shot, Self-timer and Panorama. With the Lumia 610 some of the features may be limited. Read on for some information on what Camera Extras offers or check out the video below this story that shows more.

For capturing great group shots then Smart Group Shot enables the user with one press of the camera button to take five images in quick succession. The ‘best’ face for each person is then selected using advanced algorithms and the results amalgamated into one group shot. We reckon this sounds like a really useful addition when we recall the many times we’ve tried to get a decent group shot only to find people pulling strange faces at different times.

Meanwhile Action Shot offers improved shooting speeds for capturing action and movement or can take a burst of shots. A clever part of this feature is that users can easily find the shots they want by sliding their finger back and forth so that the images are shown on top of each other. The Self-timer feature is really self explanatory and simply enables the person taking the shot to get in the snap and finally the Panorama feature gives the user the capability of taking wide landscapes with the new UI guiding you as you move giving exact alignment and a smooth final result.

The Camera Extras app, which is free by the way, sounds to us as though it brings some really useful additions to the Nokia Lumia range cameras although The Verge reports that while briefly testing the Action Shot feature the bursts were not fast enough. Hopefully though, this will be improved further. You can find out more about Camera Extras at Nokia here or download it from the Nokia Collection in Windows Phone Marketplace if you’re in the US or Asia.

Will you be trying out the new Camera Extras app features? Maybe you’ve already tried them out and can let us know what you think of them? Send your comments to let us know. 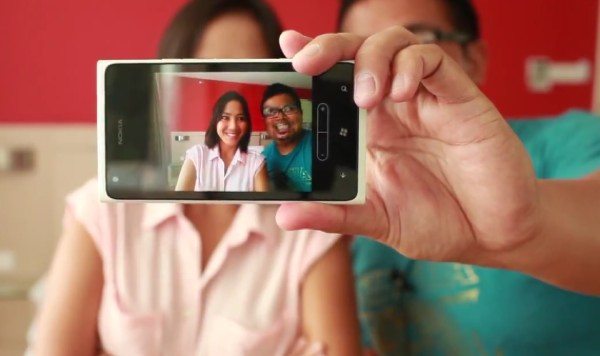