We’ve been bringing you a ton of news about Apple’s iOS 6 since it was recently unveiled at WWDC and have been following all the developments about the next mobile operating system from the giant tech company. iOS 6 is due in the fall and today we have heard that the second beta OTA update has been shifted to developers. We have news about this along with the changelog.

Earlier today we told of a possible new Yelp check-in feature with iOS 6 and even a poll including iOS 6 even though it hasn’t been publicly released yet. News that the second beta being seeded to developers is reassuring even though beta 2 is not expected to bring big new changes and focus is mostly concerned with bug fixes. There are still likely to be several more betas pushed out before the general release of iOS 6 but nevertheless it’s always reassuring to see that a new beta is heading to developers.

9to5Mac informs that a 299MB beta 2 OTA update is available for the iPhone 4S and a 322MB beta 2 OTA update for the iPhone 4 and that the full changelog for beta 2 has now been posted to the Dev center. You can see the changelog in its entirety at the 9to5 Mac link above. Areas of change with iOS 6 beta 2 concern Address Book, Apple TV, Bonjour, Game Center, iCloud, iMessage and FaceTime, IOKit, iTunes, Maps, Movie Player, Reminders, Security, Simulator, Shared Photo Stream, Social, Springboard, Passbook, UIKit, Safari and Webkit and User Experience and the vast majority are fixes.

One obvious minor change spotted so far is the Settings icon. On downloading and installing iOS 6 beta 2 it was noted that the Settings gear icon animates. It’s a neat move and you can see a short video demonstrating it below this story. 9to5Mac has recently added another useful article with a roundup of beta 2 changes and new buttons they’ve already found. It’s noted that one of the biggest changes is a toggle inclusion for the Shared Photo Streams inclusion in iOS 6. This toggle shows in iCloud settings and also the Photos setting page.

Also evident in the beta 2 update (build 10A5338d) is the new Twitter for iPhone icon, a TweetSheet redesign within the Siri UI and a new toggle on the Cellular settings page for Reading List. We’re also informed that beta 2 expires on July 31. We’d like to hear your thoughts on iOS 6 beta 2 being pushed to developers and about the changelog information so would appreciate any comments you send us. 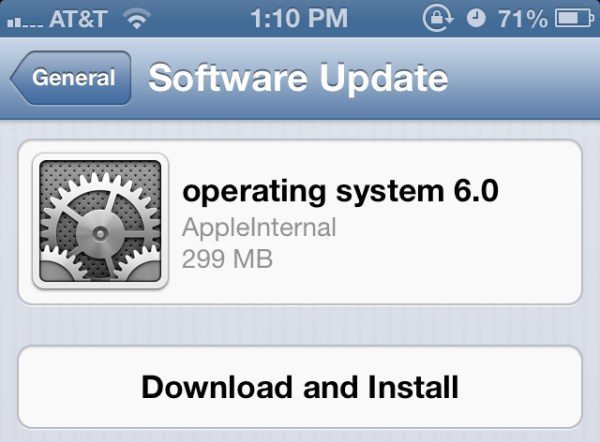