These days it seems all about who can get who’s products banned from sale in which country, most of the patent infringement shenanigans revolve around Apple’s fight with Samsung, which has already seen Sammy Android slates banned in Germany, and now Motorola Android phones have been banned in Germany as well.

According to report by Phone Arena, the guys at Electronista are reporting that over in Germany it has been ruled by court that Motorola Android phones infringe on Microsoft’s FAT file system patent, and apparently Microsoft can now use the injunction to block Motorola Android handsets from sale in the country, enforce a 10 million Euro bond, and demand damages.

Judge Andreas Voss of the Mannheim Regional court came down on the side of Microsoft and as such sales of the Motorola Droid and Motorola Atrix have now been banned from sale.

A statement by Microsoft said that they will continue to enforce injunctions against Motorola gear in Germany and the US, and hopes that Motorola will follow other Android device makers and procure a license to their patent inventions.

Naturally, Motorola is appealing the ban, and hope they can gain a stay on the injunction, although according to FOSS Patents Florian Muller, Microsoft will probably find it difficult to get a stay issued considering the Microsoft patent has survived challenges to its validity previously.

The patent in question refers to the ability to index files with long and short name indexing, whilst affecting how files can be transferred between 2 devices.

So there you have it, if you happen to live in Germany it would appear that your Android device choices are starting to become quite thin. 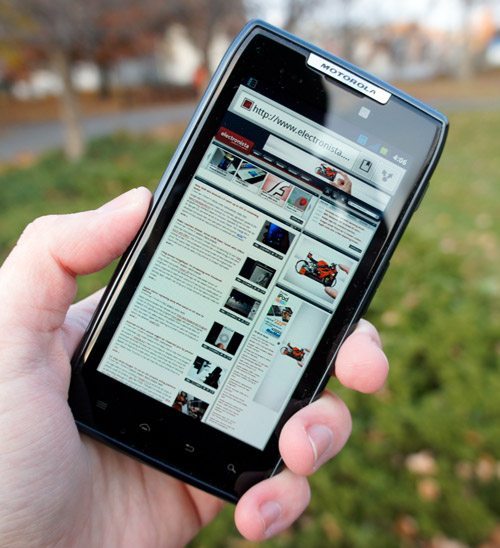 One thought on “Motorola Android phones in latest Germany ban”