Apple not about money is debatable

Giant tech company Apple is known all over the world for excellence and seems to be able to do no wrong when it comes to making money. You may be surprised then to hear that Apple’ design chief Sir Jonathan Ive insists that the world’s most valuable company is not about the money, a statement that some of us may find debatable.

Apple currently has a market capitalization of $556 billion and Ive has amassed a personal fortune of around $130 million. To hear the man who has played such a huge part in the success of the iPhone and iPad say that the company is all about the quality of its products rather than the balance sheet, may then sound glib. British Ive said, “Our goal isn’t to make money. Our goal absolutely at Apple is not to make money. This may sound a little flippant, but it’s the truth,” according to The Telegraph. Ive went on to add that the company is focused on “great products” and although that should also mean excellent revenue the goal is all about the products.

This all sounds commendable but can a company the size of Apple really not be about the profit? In the last quarter Apple showed a 21% profit increase to $8.8 billion with sales of $35 billion. Not too long ago Apple CEO Tim Cook spoke about how the company almost had more money than it knew what to do with and yet it is still vociferously pursuing patent infringement claims across the world regarding its designs, the most well documented being the ongoing spat with Samsung, which Apple is suing for over $2.5 billion. A court case in California began on Monday in which Samsung is counter-suing and claiming that Apple’s aim is stifling any competition with a goal of yet more “exorbitant” profits.

Ive went on to talk about the time in the mid-1990s when Apple came close to bankruptcy, as an example of it being all about the product. He talked of Steve Jobs at that time, whose goal instead of concentrating on making money was instead to improve the products, which would then turn the company around. This led to Apple’s pursuit of excellence in design rather than mere competence and of course became the mainstay of Apple’s recovery which now sees them right at the top.

In this respect then we can see how Ives might say that Apple is all about the product rather than profits but this could also be seen as rather naive. After all the company strategy of excellent products ultimately led to increased revenue so surely it has to at least be about products AND reward equally. Another point is that if Apple is so unconcerned about the money then it could lower the prices of its most popular devices, such as the iPhone and iPad. Although Apple once had a reputation for highly priced products, in recent years the company has held the same entry prices for many product updates in a bid to counter this. However we could argue that a just reward for its many loyal fans would be to slash prices and if Apple is really as unconcerned about earnings as Ive seems to suggest then it could introduce a much cheaper iPhone 5.

Again, if Apple’s goal is not to make money then why sue other companies for financial payouts instead of intellectual property rights which could harm the losing party just as much if not more. All in all we’d say that although Ive’s stance may sound admirable, to insist that a giant company such as Apple is really not about the money just cannot be truly accurate in any shape or form. It’s a nice mantra for sure but we wonder how many people are convinced about this.

We’re really interested to hear from readers about this debate. Do you genuinely feel that in a company the size of Apple, that money isn’t the major priority? Let us know by sending your comments. 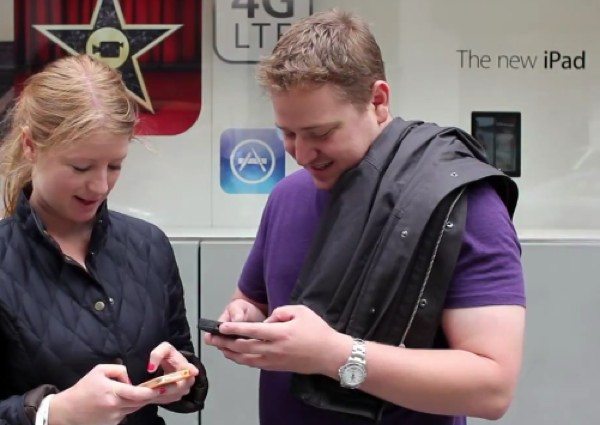 5 thoughts on “Apple not about money is debatable”