Everyone in the world knows the London 2012 Olympics are now well underway, and you probably know that since the Olympics kicked off, the Google guys have been changing their Google Doodle everyday to coincide with an Olympic event, as today’s doodle concerns the shot put this has inspired us to bring you a few iOS apps that are shot put orientated.

We have three shot put iOS apps for your consideration below, the first of which is called Shotput: Skills and Techniques Achievement, is for the iPhone, iPod Touch and Apple iPad, and is for anyone that wishes to learn or tone their skills in the shot put.

The Shotput: Skills and Techniques Achievement iOS app features six sections of detailed info on techniques, drills and more along with an eight-week conditioning program and eight-week weight room program, and offers images of objects used and actual drill and technique images. The Shotput: Skills and Techniques Achievement app can be downloaded at a cost of $0.99 from iTunes.

Next up we have the International Athletics iOS app, which is a game of eleven of the world’s most compelling track and field events, with full 3D stadiums, and includes such events as the Shot Put, Long Jump, High Jump, 100m, 110m Hurdles, Discus, 400m, Hammer, 1500m, Pole Vault and Javelin.

Lastly we have the Olympic Games: Spartan Athletics app for the iPhone, iPod Touch and Apple iPad, which is another game offering Olympic events such as the Shot Put, Pole Vault, Discus, Javelin, High Jump, Long Jump, 100m, 100m Hurdles, 400m and 1500m.

So there you go, just a few Shot Put inspired iOS apps for those iOS faithful that love playing Olympic event games, and of course if you happen to have your own favourite app feel free to share it with us by dropping us a line to our comments area below. 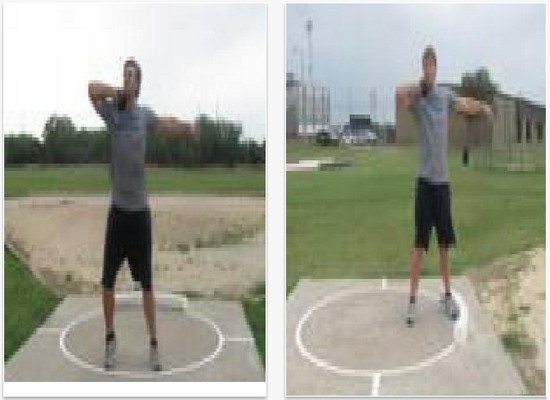