Most Android handsets enable the user to use their device as a WiFi Hotspot, although as you probably know there are some carriers out there that don’t particularly like their customers sharing their mobile data and as such have restrictions in place, but there are a few Android apps that will let you beat those carrier restrictions.

According to a report over on Life Hacker, the guys over at Computer World have come up with a few suggestions to get around those carrier restrictions via Android apps, although one must remember that doing so could annoy your carrier and lead to extra charges or even having your contact cancelled, and of course some of the workarounds might not work with every device or carrier.

Anyway, those WiFi Hotspot carrier restrictions workarounds are as follows…the user could opt for using a 3rd-party power widget app such as Elixir 2 for Android, which is a free app from Google Play, or you could opt for a paid app such as Extended Controls, which costs $0.99.

You then use the widget app to add a widget the the home screen which toggles your WiFi Hotspot on and off, and simply turn on the WiFi Hotspot. This workaround apparently activates Android ‘s built in hotspot functionality by bypassing any menu level modifications.

Also if they don’t work you can opt to download the FoxFi app for Android, which is a free download from Google Play, although apparently this particular app doesn’t work on devices sporting Android 4.1 Jelly Bean, whilst some carriers are actually blocking the app from being downloaded.

Anyway, seems simple enough to get around those carrier restrictions if you are prepared to take the risk. So if any of our Android toting readers out there give it a go, and use one of the above Android apps, feel free to let us know how it all goes by dropping us a line to our comments area below. 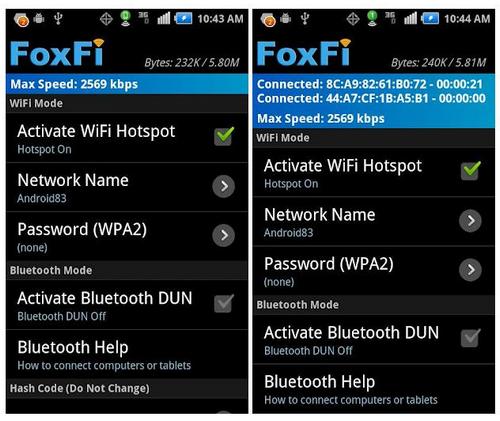 One thought on “Android Hotspot apps to beat carrier restrictions”