The Samsung Galaxy S Duos preview video comes our way courtesy of the guys over at Phone Arena who used a prototype of the smartphone in their preview, and the guys say that the Samsung Galaxy S Duos stands out as Samsung’s latest and best dual SIM smartphone. The guys have written quite an in-depth article over on their website, but if you don’t have time for that you can of course simply head on down and hit that video play button to check out the preview. 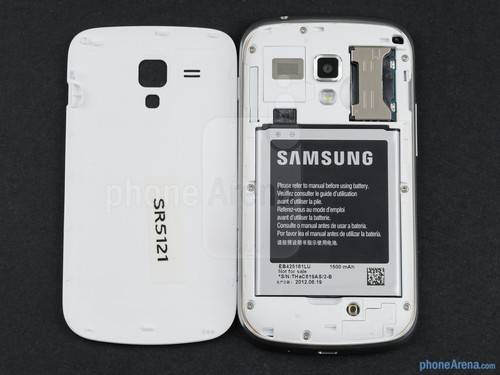 As with most Sammy devices the Galaxy S Duos uses plastic for its housing, and the guys say that although the handset feels kind of cheap, it does at least look reasonably good, which they say in probably down to its white jacket, and the matte finish rear side is virtually immune to fingerprints.

However, as I have no wish to spoil your viewing pleasure of the preview video below, I’ll leave it right there and let you watch the footage so you can come to your own conclusion over the Samsung Galaxy S Duos…enjoy.