Although the guys do say that they wouldn’t be surprised if the Motorola Droid RAZR HD Developer Edition commands a price tag of somewhere in the region of 649-bucks, and assume the Android smartphones will only be available at full retail along with a limited warranty. 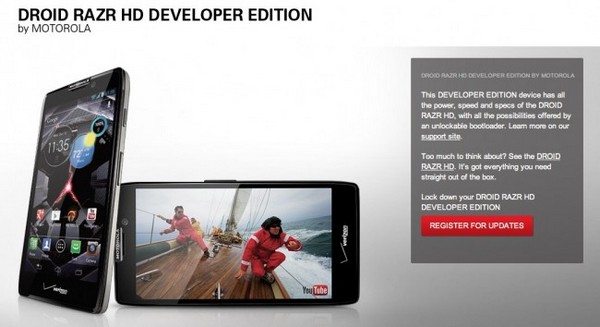 Thus if you are one of the Android faithful that wants a smartphone that has an unlocked bootloader and runs on the Verizon network, the Motorola Droid RAZR M and Droid RAZR HD Developer Edition offer that option, albeit at quite a hefty price.

So there you have it, if you want that Motorola Droid RAZR M Developer Edition you can now slap in your pre-order. Will any of our readers be pre-ordering one of these developer edition devices?