The Samsung Galaxy range of devices have proven to be a big success for Samsung, and of course their latest device is the Samsung Galaxy Note 2, which again will no doubt prove to be a very popular device. However it appears that when it comes to the biggest smartphone market in the world, China, old Sammy has a little different Galaxy Note 2 in the works.

Those three card slots are one for microS, one for a normal SIM card and the third is to house a microSIM. Although apparently other specifications remain the same as the standard Galaxy Note 2, so a 1.6GHz Exynos quad core processor, a 5.5-inch touch screen, Android Jelly Bean, 2GB of RAM and that S Pen stylus of course. 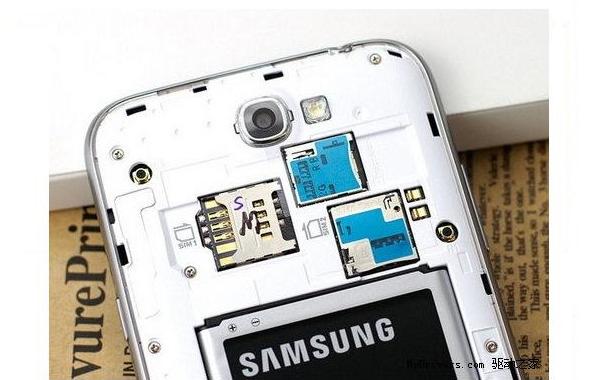 The word is this dual SIM dual standby Samsung Galaxy Note 2 is destined to play nice on the China Unicom network, although at this time there is no word on just when the Android handset will actually become available in China, and of course there’s no word on what this dual SIM version will command price wise.

Of course, as Samsung hasn’t confirmed that this dual SIM version for China actually exists, this could possibly be just another of the many fakes China is famous for.

What do our readers think, is this a real deal dual SIM Galaxy Note 2 or do you think it could be fake?