If you are one of the Android faithful in the market for a reasonably priced 7-inch Android slate there is no shortage of options available in the budget Android tablet market, but how about an Android 7-inch tablet that runs Android Jelly Bean for a very reasonable sub 120-bucks?

According to an article over on The Droid Guy by way of Android Tablets, Ainol have now introduced the Ainol Novo 7 Crystal tablet, a 7-inch Android Jelly Bean tablet that hits the pocket for 120-bucks or less depending on which seller you decide check out such as Gadget Greats for $117.99. 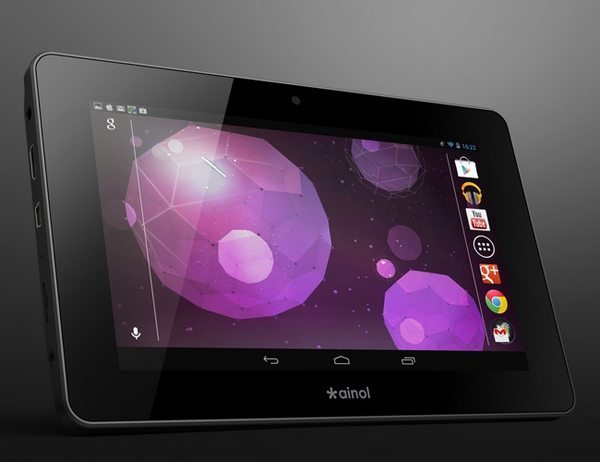 Size wise the Ainol Novo 7 Crystal Android tablet measures 7.4 x 4.7 x 0.4-inches and weighs in at 12 ounces, and of course runs Android Jelly Bean OS out of the box, along with 802.11b/g/n WiFi, HTML5, miniUSB port, and HDMI out, and packs a 3700mAh battery that is said to offer up to 5-hours of usage, which is a tad short on what the Google Nexus 7 offers.

The Novo 7 Crystal slate even makes the new Amazon Kindle Fire look on the expensive side with its $159 price tag, and apart from being cheaper than the Kindle Fire, the Novo 7 Crystal also features Google Play for your app downloads, and you could always load the Amazon AppStore onto the device if so desired.

So there you go, does the new Android Jelly Bean Ainol Novo 7 Crystal seem like a budget priced Android tablet that you wouldn’t mind owning?