Everyone is expecting Apple to unveil the new iPhone tomorrow the 12th of September, and no doubt once Apple dishes the details on the iPhone 5, the net will be inundated with articles covering the event, with everyone hoping most of the rumours are true, and that the iPhone 5 comes with a new design, but whatever the case, the iPhone 5 will undoubtedly be a massive seller for the company.

According to those over at J.P.Morgan, they believe that roughly 8 million iPhone 5 units will be sold in Q4 in the United States, whilst sales of previous iOS handsets are still maintained at a solid pace, and the analysts believe the release of the new iPhone could add between a quarter to a half percent point to Q4 annualised GDP growth.

Although analysts don’t actually know just how much the iPhone 5 will retail for, if the device is in line with previous iPhone launches the iPhone 5 should be somewhere around 600-bucks, and if the import cost component is similar it should be roughly 200-bucks per handset addition to imports. 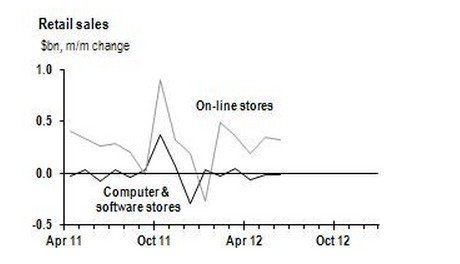 The difference between the two figures being 400-bucks would represent trade margins that figure in GDP, and as such using the ‘retail control method,’ iPhone 5 sales could possibly boost fourth quarter GDP by $3.2 billion, or $12.8 billion in annual rate, which would boost annualised GDP growth in the forth quarter by 0.33 percent point.

However, the J.P. Morgan article does state that the estimate appears to be ‘fairly large’ and as such should be treated skeptically, but believe recent evidence is consistent with the projection when you consider when the iPhone 4S became widely available last year, overall retail sale for that month significantly outperformed expectations.